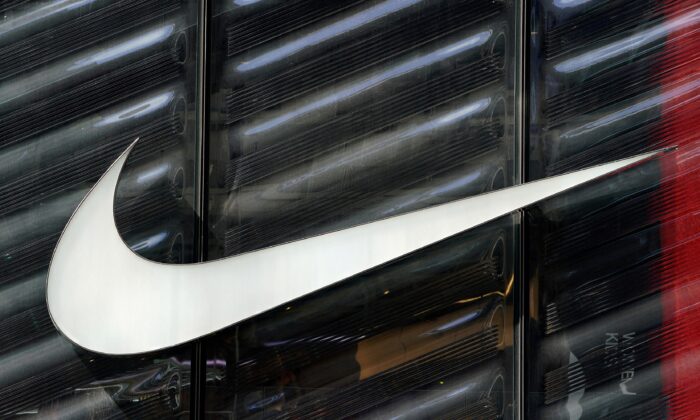 The Nike swoosh logo is seen outside a store on 5th Avenue in New York, on March 19, 2019. (Carlo Allegri/Reuters)
Companies

Nike Inc beat estimates for quarterly revenue on Monday, lifted by strong demand for its sports shoes and apparel in North America even as shipping hurdles and factory closures pinched supplies.

Nike’s sales in North America, its largest market, jumped 12 percent in the company’s second quarter, as a reopening U.S. economy and the roll out of vaccines gave people confidence to rush back to stores and splurge on sneakers for running and hiking.

“Nike is doing well to get in as much inventory as possible. Long term, I don’t see the momentum going away from the company because the products are so highly coveted by consumers,” said Jessica Ramirez, retail analyst at Jane Hali & Associates.

The sportswear maker said its direct-to-consumer business had record Black Friday sales in North America despite supply constraints heading into the holiday season due to months-long factory closures in Vietnam, where about half of all Nike footwear is manufactured.

However, those supply issues had a bigger dent in Greater China, where Nike’s revenue fell 20 percent.

The company’s overall revenue rose 1 percent to $11.36 billion in the quarter ended Nov. 30, while analysts on average had expected $11.25 billion, according to IBES data from Refinitiv.