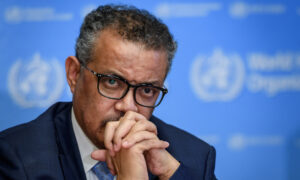 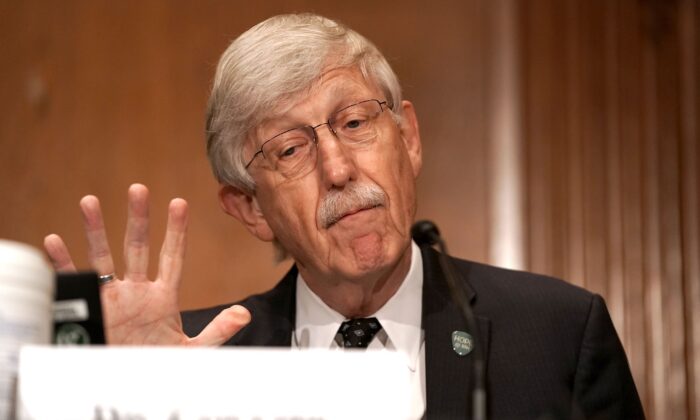 Dr. Francis Collins, Director of the National Institutes of Health, testifies during the Senate Health, Education, Labor and Pensions Committee hearing in Washington on Sept. 9, 2020. (Greg Nash/POOL/AFP via Getty Images)
US News

An experimental monoclonal antibody developed at the U.S. National Institutes of Health (NIH) prevented malaria for up to nine months in volunteers exposed to the disease-causing parasite in a small trial, researchers reported on Wednesday in the New England Journal of Medicine.

Malaria is a preventable disease caused by parasites transmitted to people through bites from infected mosquitoes. According to the World Health Organization, malaria caused an estimated 409,000 deaths worldwide in 2019, with 67 percent being children under 5.

The only licensed malaria vaccine, Mosquirix, developed by GlaxoSmithKline, is around 30 percent effective.

Fifteen volunteers were exposed to bites from the mosquitoes. None of the nine who received CIS43LS developed malaria, compared with five of the six who did not receive the drug.

Monoclonal antibodies are manufactured copies of disease-fighting proteins called antibodies. They have been approved or authorized for emergency use for inflammatory diseases, cancer, and viral infections such as COVID-19. NIH’s latest study is the first to show monoclonal antibodies can prevent malaria.

The findings indicate that one dose of CIS43LS can prevent malaria for up to nine months, and no safety concerns were identified, the NIH said.

Preventing malaria for several months with a single dose of CIS43LS could also be valuable in regions where malaria cases increase during rainy seasons, the NIH said in January.

Results of a larger, mid-stage trial being conducted to assess CIS43LS during a six-month malaria season in Mali are expected in 2022.