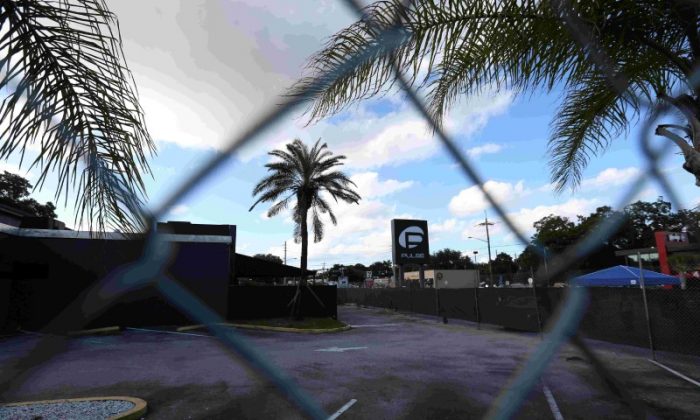 The Pulse night club sign is pictured through a fence following the mass shooting there last week in Orlando, Fla., on June 21, 2016. (REUTERS/Carlo Allegri)
Crime and Incidents

The widow of the terrorist who killed 49 people at a gay nightclub in Orlando, Florida, has agreed to return to the state from California to face federal charges, her lawyer said on Wednesday.

Noor Salman, the wife of Omar Mateen, had been due to argue in court on April 10 against the transfer. But on Tuesday she waived her right to that hearing, according to her lawyer, Haitham “Sam” Amin.

Court records showed the 30-year-old would instead return to Orlando, where she will face charges of obstructing justice and providing support to terrorism for lying to investigators about Mateen’s mass shooting.

Salman will remain in custody until the U.S. Marshals Service takes her to Florida.

“We’re going to continue fighting, and we are optimistic,” Amin said during a phone interview.

The date for Salman’s transfer was not immediately known. A representative from the U.S. Court for the Middle District of Florida did not immediately respond to a request for comment.

Police killed Mateen, a U.S. citizen of Afghan descent, after a three-hour shooting rampage last June at the Pulse nightclub. During the incident, he called 911 dispatchers to profess allegiance to a leader of the ISIS terrorist group.

Salman was arrested in February at her mother’s home in the San Francisco Bay Area. Prosecutors said she knew Mateen was planning an attack and fabricated a story to cover for him.

In March, a federal judge in Orlando ordered that Salman remain in jail, revoking a bail order issued by a federal magistrate in Northern California who had initially found her to be of no danger or a serious flight risk.