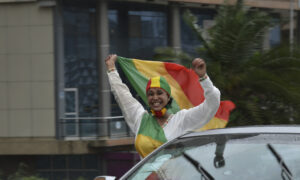 What Killed Hundreds of Elephants in Botswana? Still Unknown
0 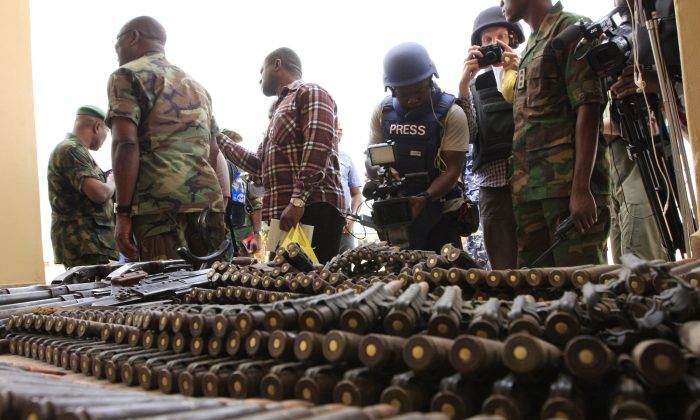 Journalists look at arms and ammunition which military commanders say they seized from Islamic fighters in Maiduguri, Nigeria, on Wednesday, June 5, 2013. Boko Haram, the radical group that once attacked only government institutions and security forces, is increasingly targeting civilians, as in a Sept. 29, 2013 attack on a College in Yobe State, Nigeria. (AP Photo/Jon Gambrell, File)
Africa

Terrorists suspected to be with the Islamist group Boko Haram gunned down scores of students at a Nigeria college, many of whom were asleep in their dorms early Sunday morning, killing as many as 50.

In the aftermath, bodies are being recovered from the dorms, classrooms, and from where they lay scattered on the campus grounds, according to The Daily Times of Nigeria. The surviving students are leaving and reuniting with their families. About 1,000 students have fled; an exact death toll is not yet available.

Boko Haram announced in June it would target students. It is particularly against a Western-style education.

It killed 41 students and a teacher at Government Secondary School in Mamudo in July.

The Daily Times of Nigeria quotes Boko Haram spokesman Abu Zinnira, who said in a statement in June: “We have established that the youth in Borno and Yobe states are now against our course. … They have connived with security operatives and are actively supporting the government of Nigeria in its war against us. We have also resolved to fight back.”

Sunday’s rampage took place at the College of Agriculture Gujba in Yobe State, northeast Nigeria. The college is located about 30 miles south of Damaturu, the state capital. Other school attacks have happened nearby.

Molima Idi Mato of the college told The Associated Press that the gunmen also torched classrooms in the attack at about 1 a.m. Sunday in the rural area.

Northeast Nigeria is in a military state of emergency against an Islamic uprising prosecuted by Boko Haram militants who have killed hundreds of civilians in their quest for an Islamic state.