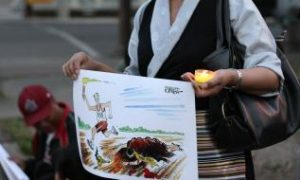 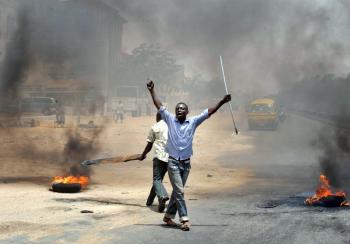 By Alex Johnston
Print
Over 500 people were killed in incidents in the week since President Goodluck Jonathan’s re-election on April 16.

Riots broke out after Jonathan, a Christian from the southern Nigeria, won the election, reported BBC citing rights group Civil Rights Congress. The incidents mostly took place in the predominantly Islamic northern part of the country.

Association of Nigeria president Ayo Oritsejafor called on Jonathan to arrest Buhari on behalf of the rioting, reported Nigeria’s The Daily Independent newspaper.

“I think the government should do something to keep this nation one indivisible entity for the benefit of every citizen,” he said, according to the paper.

During the rioting, around 65 churches were burned down and seven people were killed in the northern region of Katsina, reported Nigeria's The Sun newspaper.

The southern and northern portions of Nigeria not only do not share the same religion, but also differ in terms of culture, language, and ethnicity.