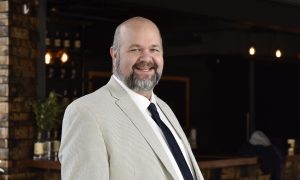 The legal team representing Covington Catholic High School student Nick Sandmann, who was confronted by a Native American activist in Washington in mid-January, said they made an important move on Jan. 30.

Todd McMurtry, an attorney who is helping represent Sandmann, said that he had a productive day with Lin Wood and Taylor Wilson, who are also part of the team.

“We sent out our first round of document preservation letters to a number of national media outlets. We have put them on notice!” McMurty said via Twitter.

The legal team met in Atlanta at Wood’s offices.

Very productive day with Lin Wood @LLinWood and Taylor Wilson @g_taylor_wilson in Atlanta. We sent out our first round of document preservation letters to a number of national media outlets. We have put them on notice! #NickSandmann #CovingtonCatholic #CovingtonBoys pic.twitter.com/dXzvBOZ9qi

In a Jan. 25 statement announcing their representation of Sandmann, the attorneys noted that the student, who did nothing but stand still as the activist banged a drum in his face, “became the focus of false and defamatory accusations published and broadcast across the nation and the world.”

“A mob comprised of activists, church and school officials, members of the mainstream print and broadcast media, and individuals on social media, including elected public officials and celebrities, rushed to condemn and vilify this young man by burying him in an avalanche of false accusations, false portrayals, and cyberbullying that have threatened his reputation and his physical safety,” they added.

“Nick Sandmann is 16 years old. He is an eleventh-grade high school student. He is not the face of evil and he did absolutely nothing wrong or inappropriate in connection with the incident to deserve the heinous accusations made against him by uninformed or agenda-driven individuals and media entities.”

The lawyers said they would be reviewing all false accusations and threats made against the high school student.

STATEMENT OF ATTORNEYS L. LIN WOOD and TODD MCMURTRY
ON BEHALF OF NICK SANDMANN AND HIS FAMILYhttps://t.co/moj5DpZ9QU #CovingtonCatholic #CovingtonBoys pic.twitter.com/z9VpJQUYO3

“We fully expect that a multitude of civil lawsuits will be filed and aggressively pursued. We recognize that justice for Nick will not be achieved quickly, but we are dedicated to achieving it for this young man regardless of time or expense,” they said.

Wood said later on Jan. 25, that he and McMurty delivered a preservation of evidence demand to Covington Bishop Roger Foys, who is in charge of the Catholic school. A day after the demand was sent, the bishop apologized to Sandmann for releasing a statement based on news stories about an edited video that lacked context.

The video showed Nathan Phillips, the Native American activist, banging on a drum in the face of Sandmann. News stories relied heavily on interviews with Phillips, who lied about being a Vietnam veteran and lied about what happened in Washington.

When the full video of the incident emerged it showed how the Covington students were subjected to a torrent of verbal abuse by a group of Black Hebrew Israelites and how Phillips chose to target the students as opposed to going to the Lincoln Memorial, which he originally claimed was his intent. Instead of the students surrounding him and not letting him pass, the video showed him purposefully making his way towards the students until he came face-to-face with Sandmann.

Then, while a member of his group shouted at the students that they “stole our lands” and should “go back to Europe,” Phillips chanted while banging the drum.

The false portrayal of the situation prompted a number of activists, analysts, and reporters to apologize and admit they hadn’t done due diligence in processing the situation.

Another lawyer, Robert Barnes, told The Epoch Times that he plans to sue some celebrities and media personalities for libel against the students, whom he represents.

They include Reza Aslan, Iranian-American writer and CNN commentator; Matthew Dowd, ABC News political analyst and former chief strategist for the George W. Bush campaign; actor Michael Rapaport; and The New York Daily News. Aslan, for instance, posted a picture of Sandmann with the accompanying caption: “Have you ever seen a more punchable face than this kid’s?”