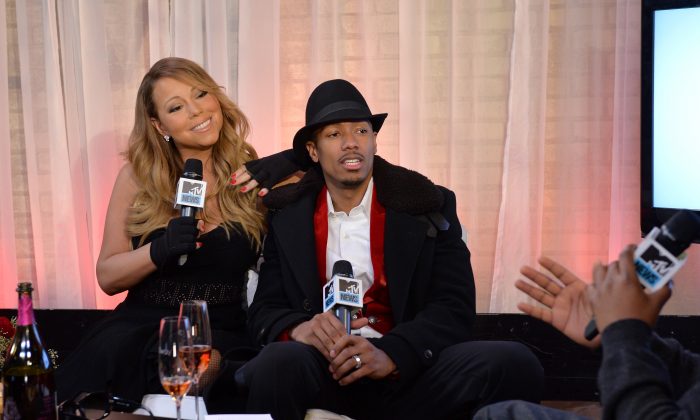 How much does Nick Cannon make?

According to TMZ, the 33-year-old Wild ‘n Out host has separated from singer Mariah Carey since May 2014, and their divorce is a “done deal.”

Earlier in May, however, Cannon had told Parade that there rumors that he and Carey were separated were false.

“You kind of have to ignore it because every week it’s something different, and if you paid attention to it, it actually probably would start really affecting you,” Cannon said.

“There’s no merit or truth to it. It’s kind of humorous, really.

“It couldn’t be further off from the truth, and it really affects the credibility of the so-called newspapers.”

Yet in a later interview with The Insider With Yahoo, Cannon, who also hosts America’s Got Talent said that “there is trouble in paradise.”

“We have been living in separate houses for a few months.”

Cannon also claimed that his relationship did not fall apart because of infidelity.

“My main focus is my kids,” he said. Cannon and Carey have 3-year-old twins, Moroccan and Monroe.

Rather, TMZ claims that it was who Cannon claimed he had previously slept on Big Boy’s radio show in March that got him into trouble with Carey, in particular his admission that one of them was Kim Kardashian.

Carey is also supposedly furious that Cannon is taking up too many jobs when they family doesn’t need the money, a complaint which Cannon finds “incredulous” since he claims to have made $75 million for his family since 2011.

According to Celebrity Networth, Cannon is worth $20 million, and makes about $70,000 per television episode on America’s Got Talent.