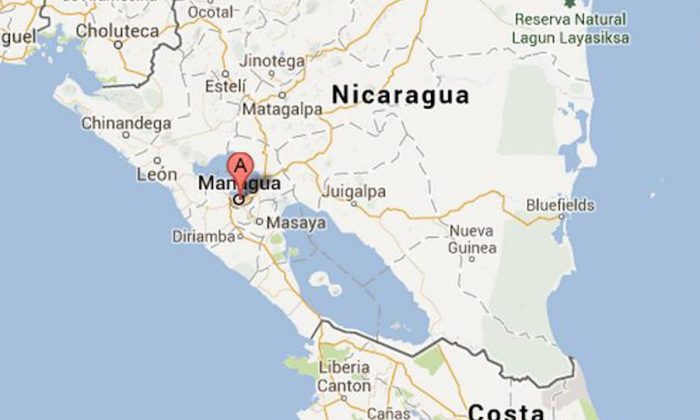 Managua, Nicaragua's capital. A 6.5 magnitude earthquake hit off the Nicaraguan coast about 50 miles from the capital on Saturday. (Screenshot/Google Maps)
Americas

Nicaragua Earthquake: A 6.5 magnitude quake in Nicaragua on Saturday occurred about 50 miles from the capital, Managua, which was leveled in 1972 after the majority of buildings were deemed unsafe from damage sustained in a 6.2 magnitude quake.

Reports show minimal damage from Saturday’s quake, as it occurred off the coast. A September 2012 Nicaragua Dispatch report, notes that every 40 to 45 years, an earthquake devastates the Managua area.

According to the U.S. Geological Survey (USGS), the 6.2 quake in Managua in 1972 killed about 5,000. Nicaragua’s leader at the time,  Anastasio Somoza, ordered large swaths of the city demolished as the buildings had become unsafe. Somoza lined his own pockets with aid money, according to multiple historical accounts, including a Brown University report.

A tsunami alert was issued following Saturday’s quake as a precaution.

1972 News Report on the Managua Earthquake