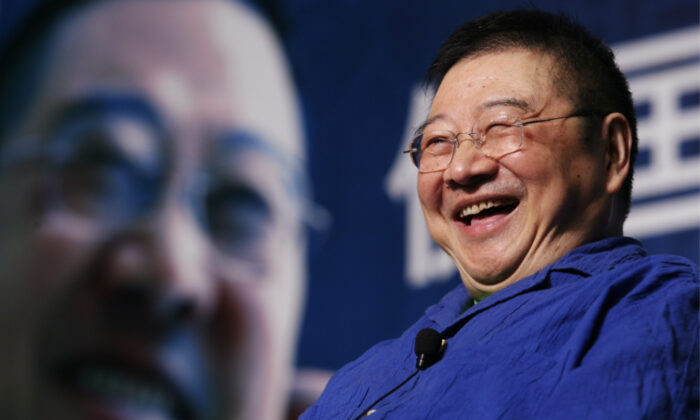 Over the past week, a number of cultural events took place in Hong Kong. Culture is essentially political, and such events convey quite some political messages.

The Hong Kong Palace Museum was officially opened on July 3, after seven years of preparation. As a gift from “China the motherland,” its opening was given full-page coverage in the leftist newspapers. Ta Kung Pao quoted interviewees as saying that the Museum is not only a new cultural landmark in Hong Kong, but also one for the entire Greater Bay Area.

As the government wanted everything under control, there was no public consultation before the signing of the memorandum of understanding, and in the absence of a formal tender, the government directly commissioned the design by architect Rocco Yim, to ensure that the huge Chinese presence will be secured in the West Kowloon Cultural District.

However, on the eve of its grand opening, businessman and former Chief Executive candidate Henry Tang Ying-yen made a casual remark that he wished there would be “dark clouds filling the sky” at the time of the opening (as the Chinese saying goes, “guests coming like clouds,” meaning a wish to have many customers coming), and it turned out to be prophetic.

The typhoon did not stop Xi Jinping from coming to Hong Kong to officiate the swearing-in ceremony of the new administration, but it did delay the opening of the Museum by one day.

Their accomplishments have been well documented, so I will not repeat them here. What is worth discussing is the very different treatment of their deaths by the government and leftist media.

The statement for Law was issued under the name of “Secretary and Permanent Secretary for Culture, Sports and Tourism Bureau,” listing his achievements in about 300 words.

The statement for Ni was issued in the mere name of “Culture, Sports and Tourism Bureau,” with less than 100 words, in which it writes “he will still be missed by those who like his works,” which actually means ‘not everyone in Hong Kong will miss him.”

Why was Ni treated coldly? It was not that he was not as accomplished as Law. In fact, at least four local papers reported Ni Kuang’s death on the front page that day, so there is no doubt about his importance in Hong Kong culture. Obviously, as a prolific writer who could write twenty thousand words a day, Ni’s manner of being treated after death had to do with his political stance.

He was a famous anti-communist writer who predicted during the June Fourth Massacre that there would be a “tragedy” in Hong Kong after 1997, and that Hong Kong would become a “massive refugee camp where everyone in Hong Kong is eligible to seek asylum because all of them have supported counter-revolutionary riots; the regime will not listen to the people, it will treat you as conspirators to overthrow the regime; this country does not belong to the people; rather it belongs to the totalitarian rulers.”

One of the most quoted lines comes from Chasing the Dragon; “If you want to destroy a city, you don’t have to destroy its buildings, you just have to get rid of its merits.”

This tolerance, which once made Hong Kong proud, has simply become history—authors of children book Guardians of the Sheep Village, which compares sheep to Hong Kong people and wolves to mainland Chinese people, will probably be convicted of sedition.

Canto-pop legend Jacky Cheung Hok-yau made a video message for Communist mouth media CCTV to mark the 25th anniversary of Hong Kong’s handover to China but it was removed because it contained the phrase “Hong Kong, add oil,” which was frequently used by the protesters in 2019. What remains in Hong Kong is probably seminar on “learning, publicizing and implementing the Spirit of China Leader Xi Jinping’s important speeches,” which needs to be held in all walks of life.