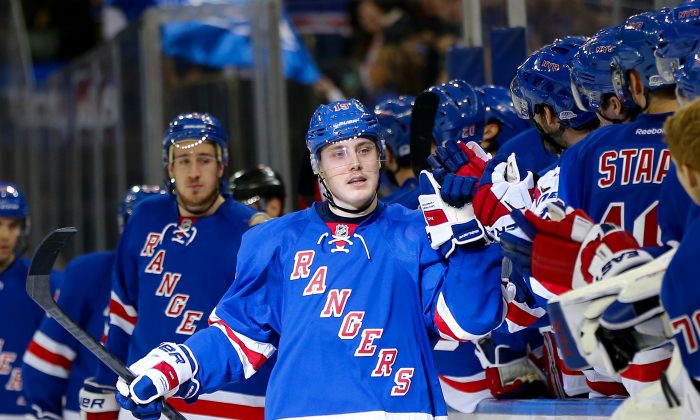 NHL Presidents’ Trophy Race Could Be Tightest Ever

This year’s race to the Presidents’ Trophy looks to be tighter than any other in history, but when all’s said and done, winning the award means very little.

Awarding a trophy to the team that finishes the regular season atop the standings isn’t all that meaningful as teams eye the playoffs and the quest for hockey’s greatest prize—the Stanley Cup.

The Presidents’ Trophy arguably should mean more after a grueling 82-game regular season lasting over six months, but the NHL has always been about the Stanley Cup. Getting through four best-of-seven series to win the Cup means leaving the regular season firmly in the rear-view mirror.

After games on Monday night, just two points separated the top five teams in the NHL.

The Detroit Red Wings are one of the teams to pull off the feat, although they didn’t do it when they had two of the best seasons in recent history. The Red Wings finished the 1995-96 season with an incredible 131 points—seven points better than the next best season in the Presidents’ Trophy era (their own 124 points in 2005-06.) That 1995-96 team lost to Colorado in the Conference finals. The 2005-06 team, however, fell in the first round to the eighth-seeded Edmonton Oilers.

The only other team to finish with over 120 points in the Presidents’ Trophy era was the 2009-10 Washington Capitals (121) who were knocked out by a red-hot Jaroslav Halak and the Montreal Canadiens in the first round.

The Chicago Blackhawks, in the lockout-shortened 2012-13 season, “did the double” and were on pace for 131 points after the 48-game season ended. Of course, the 1995-96 Red Wings didn’t have the benefit of shootouts.

After games on Monday night, just two points separated the top five teams in the NHL. Those teams had anywhere between eight to 11 games left to play. To give some perspective, in prior years, the minimum point spread separating the top five teams at the end of the regular season has been six points, which occurred five times.

It could very well come down to another situation like the 2006-07 season where Detroit and Buffalo finished the season tied with 113 points, but Buffalo was awarded the Presidents’ Trophy for having more wins.

Currently, the New York Rangers are best placed to win the Presidents’ Trophy, having two games in hand on the Canadiens and three on the Ducks while being tied on points with those two teams at 99. Don’t rule out seeing the tiebreaker of regulation and overtime wins come in to play. (The Rangers have that over the Habs and Ducks too.)

Winning a Presidents’ Trophy is but a nice historical note after the Stanley Cup is awarded. It’s not totally meaningless though, as it does come with home ice advantage throughout the playoffs and that’s a nice-to-have in a Game 7.