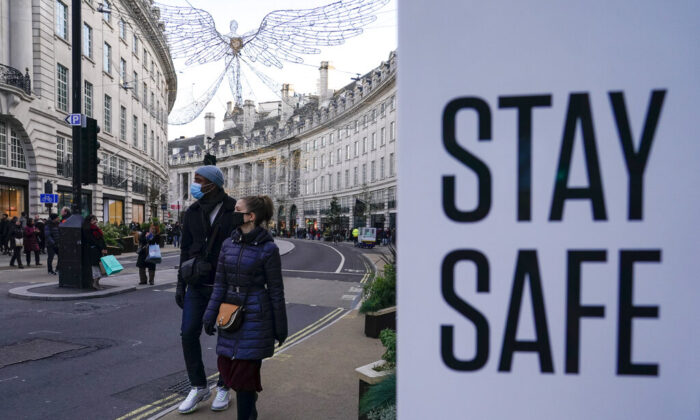 NIH Director: Unknown Whether Omicron Will Outcompete Delta in US

National Institutes for Health (NIH) Director Dr. Francis Collins on Nov. 29 said that while the Omicron variant of COVID-19 should be taken “seriously,” whether the new variant will outcompete the Delta variant in the United States remains to be seen.

“What we do know, it has a lot of mutations, more than 50, that’s a new record,” Collins told CNN. “Some of those we’ve seen before and some we haven’t. So this certainly suggests that this is a new kind of virus that we have to take very seriously.”

While Collins expressed concerns about antibodies—generated from a vaccine or from a natural infection—that potentially “won’t stick quite as well” to spike proteins of a “different shape” on the mutated variant Omicron, he still urged Americans to get vaccinated.

“That’s a very important message I want everybody to hear right now,” he said. “The boosters do in fact allow your immune system to have a wide range of capabilities against spike proteins it hasn’t even seen before. So, if you needed one more reason, if you’re eligible to get that booster right away, this would be it.”

“What we don’t know is whether this Omicron variant will outcompete Delta in a country like ours, or whether Delta, because it’s been so successful, will basically just push it aside. That’s another unknown,” Collins said.

“I think it is clear from what’s happening in South Africa that this Omicron variant does spread rapidly.”

As of Nov. 28, the World Health Organization stated that it was still unclear whether Omicron will cause more severe forms of illness than the Delta variant. It was also unclear whether one variant is more transmissible than the other.

However, Moderna CEO Stéphane Bancel told the Financial Times that he predicts current COVID-19 vaccines will be far less effective against the Omicron variant due to the high number of mutations on the spike protein.

“There is no world, I think, where [the effectiveness] is the same level … we had with Delta,” Bancel said. “I think it’s going to be a material drop. I just don’t know how much because we need to wait for the data. But all the scientists I’ve talked to … are like, ‘This is not going to be good.'”

He told the Financial Times that it could be months before pharmaceutical companies can manufacture vaccines at scale specifically to combat the Omicron variant, which was first detected in Botswana.

The Centers for Disease Control and Prevention (CDC) on Nov. 29 updated vaccine booster recommendations in the wake of Omicron’s emergence.

As of Nov. 30, Omicron has been reported in 16 countries, with the latest being Portugal, Ireland, Spain, and Sweden.