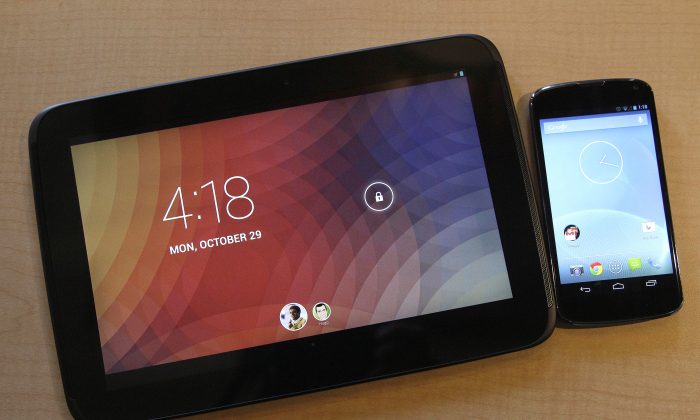 There have been rumors that Google is working on a “Nexus 8” tablet, and now some pictures have been leaked.

Chinese site MyDrivers has released two images of what they claim is the Google “Nexus 8.”

Not much detail can be picked up from the images due to the low resolution quality. The tablet is also supposedly wrapped in some sort of protective case so that the full design is hidden.

The MyDrivers report also claims that the “Nexus 8” has a 64-bit architecture, will pack 3GB of RAM, and will run the upcoming Android 4.5 OS.

Qualcomm is indeed believed to be developing a 64-bit architecture processor, which has been dubbed Snapdragon 808 or Snapdragon 810. Either processor is, however, supposedly slated for release in Q1 2015. Additionally, there is a rumor that the “Nexus 8” will feature a 64-bit Nvidia Tegra chipset instead.

The “Nexus 8” tablet could be built by HTC, the Taiwanese smartphone company, and might feature a “high-performance” 8.9 inch display.

NDTV speculates that the “Nexus 8” will roll out by Q3.

Google has not announced that it is making a new tablet yet, however, so the pictures and information could very well be unreliable.