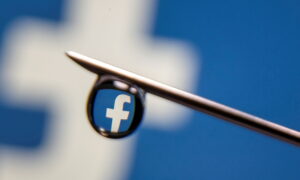 Larry Ong
Journalist
Larry Ong is a New York-based journalist with Epoch Times. He writes about China and Hong Kong. He is also a graduate of the National University of Singapore, where he read history.
View profile
biggersmaller
Print

Google and LG have stopped producing the Nexus 5, and this is possibly good news for those anticipating a Nexus 6.

TechnoBuffalo dug up a tweet from Canadian mobile carrier Wind Mobile which states that the Nexus 5 is “no longer being made, and we have no more stock.”

The tweet appears to have been removed from the official Wind Mobile Twitter page, but earlier tweets about them not carrying the Nexus 5 any more are still there.

Google still has Nexus 5 stock left for most models in the Google Play store and hasn’t slashed prices, however, so there isn’t a proverbial “smoking gun” to follow to verify Wind Mobile’s statement.

Motorola and HTC have been linked with the upcoming Nexus 6, and it seems likely from current rumors that Motorola is the one that is collaborating with Google.

The Nexus 6 is supposedly being developed under the name “Shamu,” and hence has been dubbed the “Moto S” by some.

Specs wise, leaks have revealed that the Nexus 6 has the model number XT1100, with “XT” being the prefix of Motorola phones.

Fingerprint scanners are all the rage now for big smartphone companies like Apple and Samsung, but Google and Motorola are allegedly eschewing this piece of tech for the Nexus 6.

Being a Google product, the Nexus 6 will run a “no-frills” (i.e. without the bloatware that the different manufacturers include with their version of Android) Android L.

Google could be holding a secret Halloween 2014 unveiling, so expect the Nexus 6 to be out in stores by October or November if the rumor is accurate.

Larry Ong
Journalist
Larry Ong is a New York-based journalist with Epoch Times. He writes about China and Hong Kong. He is also a graduate of the National University of Singapore, where he read history.
TOP NEWS