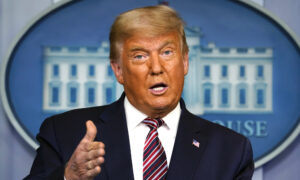 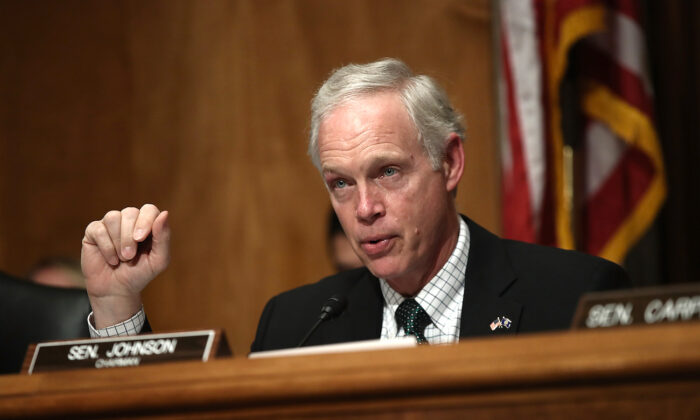 Sen. Johnson: Next Round of Stimulus Checks Should Go to Most Needy

Sen. Ron Johnson (R-Wis.) says the next round of stimulus checks should focus on those who are most in need, and be subject to more stringent eligibility requirements, to minimize the debt burden.

In a series of tweets, the Wisconsin Republican argued that targeting the aid more narrowly would avoid encumbering future generations by more borrowing.

“At the worst point of the COVID recession, total employment was down 25 million, but we sent relief checks to 166 million people. If we’re going to send out more checks, shouldn’t we target help to those who truly need it?” he said in a tweet on Dec. 29.

“Without targeting, $2,000/person payments will add $464 billion to the debt burden we are placing on our children. By effectively targeting relief, we can help those in need and minimize how much we are mortgaging our children’s future,” he wrote.

Johnson also referred to a recent study by the New York Federal Reserve, which found that the CARES Act’s economic relief payments in March were mostly used to boost Americans’ savings and to pay off debt, with just 18.2 percent of households using the stimulus checks to buy essential goods.

“The remaining 82 [percent] was spent on nonessentials, donations, debt payment, and increased savings. More reason to target a second round of checks,” Johnson wrote.

Known officially as economic impact payments (EIP), the current round of checks are part of the implementation of the Coronavirus Response and Relief Supplemental Appropriations Act of 2021, the pandemic relief bill that President Donald Trump signed on Dec. 27 and includes a second round of direct payments of up to $600 per person.

Trump said last week, however, that he wants to see Americans get paid $2,000 instead of $600 in stimulus payments.

The House of Representatives voted late on Dec. 28 to amend the COVID-19 relief bill to boost direct payments to Americans to $2,000 from $600. A two-thirds majority was required to pass the bill, known as the CASH Act. While it passed the Democratic-majority House in a 275–134 vote, Senate Majority Leader Mitch McConnell (R-Ky.) blocked a request for unanimous consent for the bill from Senate Minority Leader Chuck Schumer (D-N.Y.). While the CASH Act would grant $2,000 direct payments, it was missing the two other demands Trump had outlined when signing the omnibus spending measure and attached COVID relief bills on Dec. 27.

McConnell on Dec. 29 introduced a competing bill that combines the $2,000 direct payments requested by Trump with other issues the president backs, including repealing a law that shields Big Tech companies and a review of voter fraud allegations.

“Those are the three important subjects the president has linked together. This week, the Senate will begin a process to bring those three priorities into focus,” McConnell said in a speech on the Senate floor.

Trump said on Dec. 29 that Republicans need to approve the $2,000 stimulus checks.

“Unless Republicans have a death wish, and it is also the right thing to do, they must approve the $2,000 payments ASAP. $600 IS NOT ENOUGH!” Trump wrote in a post on Twitter.

Meanwhile, Americans can expect to start receiving the second round of stimulus checks, with some coming as early as Dec. 29, according to the Treasury Department.

“These payments may begin to arrive in some accounts by direct deposit as early as tonight and will continue into next week,” Treasury Secretary Steven Mnuchin wrote in a Dec. 29 tweet.

Paper checks were to begin going out by mail on Dec. 30, the Treasury Department said in a statement.

“This second round of payments will provide critical economic support to those who, through no fault of their own, have been adversely impacted by the COVID-19 pandemic,” the department stated.

The IRS said in a statement that eligible recipients will receive a payment of up to $600 for individuals or $1200 for married couples and up to $600 for each qualifying child. Dependents who are 17 and older don’t qualify for the child payment.

Those with an adjusted gross income for 2019 up to $75,000 for individuals and up to $150,000 for married couples filing joint returns and surviving spouses, will receive the full amount of the second payment. The payment amount is reduced for people with an income above those amounts, according to the IRS.