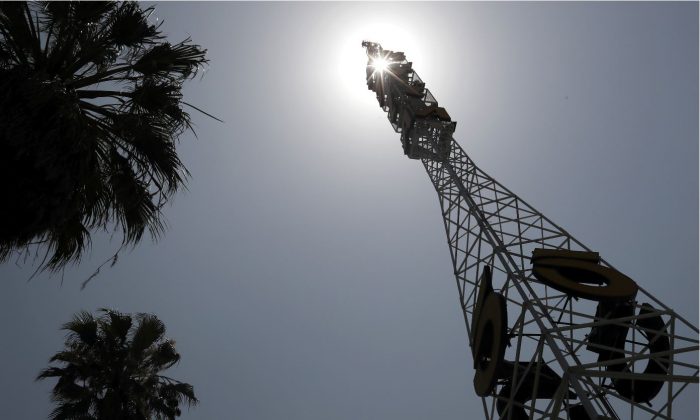 Nexstar Media Group Inc. has reached an agreement to acquire Tribune Media Co. for about $4.1 billion, a deal which would make it the largest local U.S. TV station operator, people familiar with the matter said on Dec. 2.

Nexstar, which has a market capitalization of $3.8 billion, has lined up banks to provide debt financing for the deal, the sources added.

The agreement between Nexstar and Tribune Media could be announced by Dec. 3, according to the sources.

The sources asked not to be identified because the matter is confidential. Tribune and Apollo declined to comment, while Nexstar and Sinclair did not immediately respond to requests for comment.

Tribune terminated its deal with Sinclair in August and filed a lawsuit arguing that the latter mishandled efforts to get the transaction approved by taking too long and being too aggressive in its dealings with regulators.

However, since then the broadcast media sector has seen a flurry of merger talks, amid expectations that the U.S. Federal Communications Commission (FCC) could relax restrictions on how many stations broadcasters can operate. The FCC has yet to vote on the matter.

Based in Irving, Texas, Nexstar owns, operates and provides sales and other services to 174 television stations reaching nearly 39 percent of all U.S. television households. Apollo also approached Nexstar this summer about acquiring it, but was rebuffed, Reuters previously reported.

Based in Chicago, Tribune Media owns or operates 42 local television stations reaching approximately 50 million households. It also owns national entertainment cable network WGN America, whose reach is more than 77 million households, and a variety of digital applications and websites commanding 54 million monthly unique visitors online, according to its website. It also has a stake in the Food Network.

Tribune emerged from bankruptcy in late 2012 and completed a spinoff of its newspaper assets in 2014.

More TV station deals are in the works. Privately held Cox Enterprises Inc. announced in July that it was exploring strategic options, including a potential sale, for the 14 broadcast TV stations it owns in cities such as Atlanta, Boston, and Memphis.

Sinclair is currently also pursuing its own separate deal, having partnered with private equity firm CVC Capital Partners Ltd. to bid for the regional sports networks that Twenty-First Century Fox Inc. is selling following its deal to merge most of its assets with Walt Disney Co., sources have previously said.

When it came to the previous Tribune Media deal, FCC said Sinclair did not “fully disclose facts” relating to the planned sale of three stations, including pre-existing business relationships the company had with prospective buyers.

Sinclair has a politically conservative streak in the news broadcasts of many of its stations, leading to President Donald Trump to criticize the FCC over the collapse of the acquisition of Tribune Media in the summer.

“So sad and unfair that the FCC wouldn’t approve the Sinclair Broadcast merger with Tribune. This would have been a great and much needed Conservative voice for and of the People,” Trump wrote on Twitter last July.

By Carl O’Donnell & Liana B. Baker