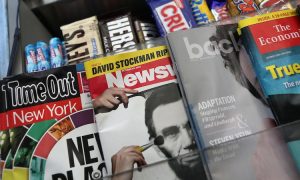 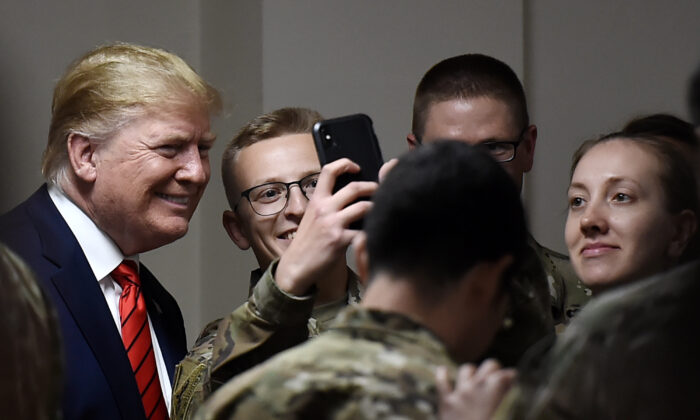 President Donald Trump was spending Thanksgiving “tweeting” and “golfing,” Newsweek claimed. But Trump was actually in Afghanistan visiting troops, a visit that went undetected by most of the press until after he touched down in the country.

The story was initially headlined: “How is Trump Spending Thanksgiving? Tweeting, Golfing, and More.”

The story said Trump was at his Mar-a-Lago resort in Florida, citing his public schedule.

The story was later updated after news broke Trump was visiting troops in the Middle East. The updated headline reads: “How Did Trump Spending Thanksgiving? Tweeting, Golfing—And Surprising U.S. Troops in Afghanistan.”

Trump headed to Afghanistan to surprise U.S. troops on Thanksgiving https://t.co/f7Xeqz1ZGQ Deleting this tweet because it was written before knowing about the president’s surprise visit to Afghanistan-an honest mistake. Story has already been updated, as shown in the screenshot. pic.twitter.com/g9CfPaV2kQ

There was no evidence that Trump golfed at all on Thanksgiving. The tweets were pre-scheduled by White House staff.

The story did not contain a correction or an apology. Instead, at the bottom, Newsweek stated: “This story has been substantially updated and edited at 6:17 pm EST to reflect the president’s surprise trip to Afghanistan.”

Newsweek reporter Jessica Kwong, who was the sole byline on the story, deleted a tweet sharing the initial story. She posted a new tweet that included a screenshot of the deleted tweet.

“Deleting this tweet because it was written before knowing about the president’s surprise visit to Afghanistan-an honest mistake. Story has already been updated, as shown in the screenshot,” she wrote. Her pinned tweet, or a highlighted post on top of her Twitter page, was a linked story she wrote about celebrities joining an impeachment task force.

A Newsweek spokesperson later said that Kwong was terminated.

Both Trump and his son Donald Trump Jr. commented on what happened.

I thought Newsweek was out of business? https://t.co/3ro4eSJloo

“I thought Newsweek was out of business?” Trump added.

The White House went to great lengths to make sure news of the trip didn’t break until after Trump landed in Afghanistan. Some reporters traveled on Air Force One but were under embargo.

“Cell phones, hotspots and other devices emitting a signal were confiscated from everyone traveling on Air Force One before we boarded,” a pool reporter said. “The White House arranged in advance for POTUS’ Twitter account to remain active during his travel.”

From the base, Trump and members of the administration, along with the 13-member travel pool, traveled to Afghanistan. The pool didn’t learn of the destination until about two hours prior to arrival.

Speaking to troops at the base around 10:45 p.m. local time on Thanksgiving, Trump told them: “There’s nowhere I’d rather celebrate this Thanksgiving than right here with the toughest, strongest, best, and bravest warriors on the face of the Earth.”

He added later: “We flew 8,331 miles to be here tonight for one simple reason: to tell you, in person, that this Thanksgiving is a special Thanksgiving. We’re doing so well. Our country is the strongest, economically, it’s ever been. We have never done so well. We have the greatest economy anywhere in the world. So it’s nice to know that you’re fighting for something that is doing well, as opposed to something that was not doing well just a number of years ago.”