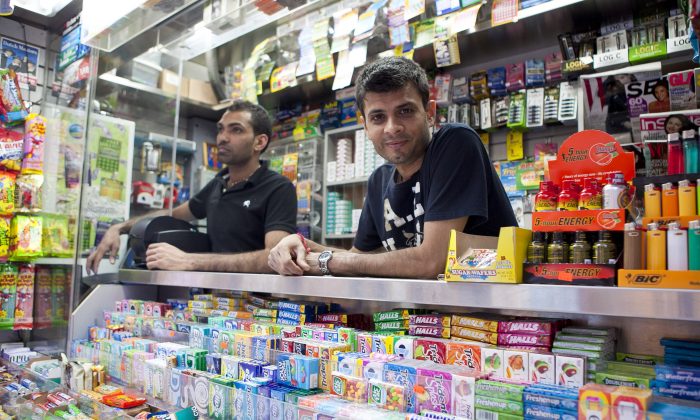 NEW YORK—Ever wonder why newsstands do not sell cellphone chargers or camera batteries? If they could, they would, but New York City regulations prohibit newsstands from selling items with price tags higher than $5.

This may soon change. New York City Council member Karen Koslowitz introduced a bill, Intro 1048 that would increase the maximum price of items sold at newsstands from $5 to $10. Koslowitz believes that newsstands need a higher price cap in order to keep up with inflation and to address changing consumer needs.

Newsstands in New York City have declined from 1,500 in the 1940s, the heyday of newspapers, to about 300 in 2013, according to Robert Bookman, counsel to the New York City Newsstand Operators Association.

“We are long overdue for an increase in price at which we can sell non-periodical items,” said Bookman. “Items that we were able to sell for $5 in 2001 have increased in price and we can no longer sell them. Examples include camera batteries, large packs of candy, street maps, and tourist guide books.”

Kishor Parekh has owned a newsstand on 39th Street and Broadway for 25 years. Parekh said that his business has been struggling for several years as newspaper and magazine sales decline.

“If this bill passes in the council we will be able to sell a couple more items so we can survive. Right now, with the restriction there, it is very hard for us to survive,” said Parekh.

Parekh’s newsstand used to sell 100–200 copies of the New York Times, but now rarely sells more than 10 copies. The same trend is true for other newspapers and magazines, Parekh added.

The New York Metropolitan Retailers Association (NYMRA) opposes the bill in its current form. The association represents national chain retailers, including chain drug stores. Lawrence A. Mandelker, a NYMRA representative, argued at a City Council hearing June 4 that a price increase for newsstands would divert traffic from major retailers. Retailers are a source of jobs and tax revenue for New York City, he added.

“If consumers are able to now purchase a product at a newsstand that they formerly bought in a store, they will not enter the store and see other products for sale that they might also purchase,” said Mandelker.

“They seem to be opening all over the place, and we seem to be shrinking. I don’t think that newsstands, with only a few square feet of retail space, being able to sell a few more items, many of which we sold for years and just can’t sell anymore, are going to put a dent in their business,” he added.

An average newsstand has 55 square feet of floor space.