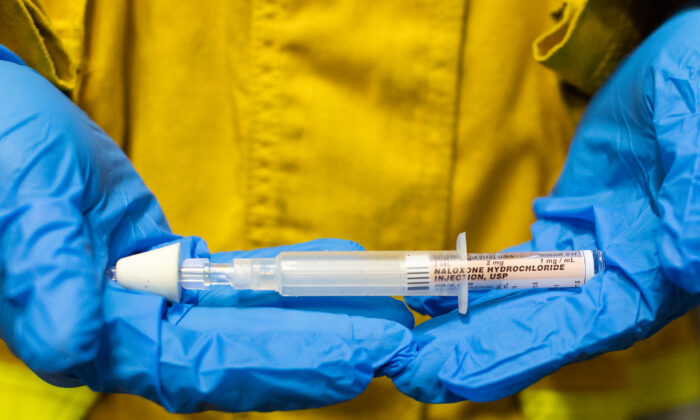 While hundreds of schools in the state have already begun to stock the medication amid rising opioid-related overdoses and deaths, Newson’s propsoal of $108.8 billion K–12 education budget (pdf) includes a $3.5 million ongoing increase for the doses to be stocked at the campuses.

Among the 7,125 opioid-related deaths in California in 2021, 8.5 percent were between the ages of 15 and 19, according to the most recent data from the California Public Health Department.

Additionally, the department estimates that 7 percent of the 2,006 Californians who were hospitalized due to opioid overdose were in the same age range.

In Los Angeles alone, seven students overdosed last year on the synthetic opioid fentanyl—including a 15-year-old girl who died in September, according to the Los Angeles Police Department.

The pieces of legislation are Assembly Bill 19, requiring schools to always have at least two doses of the spray, and Assembly Bill 18, which would provide written notice to anyone convicted of trafficking fentanyl that they may be convicted of murder if another person dies as a result of taking drugs they sold.

Both bills may be heard in committee this month, according to the state Legislature.

“I am pleased that the governor recognizes the importance of my legislation to put [naloxone] in schools to help combat fentanyl poisoning occurring to our youth,” he said in a Jan. 10 statement. “The governor has included $3.5 million for schools to purchase at least two doses, which is aligned with the goals of my legislation, Assembly Bill 19.”

The state’s Legislative Analyst Office will conduct an analysis of the budget before it is sent to the state legislature for hearings. After revisions in May, it is expected to be finalized June 15 and goes into effect July 1.