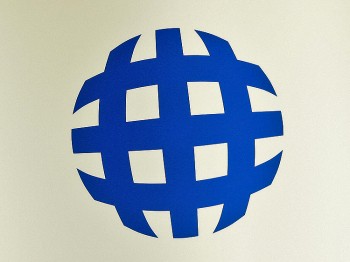 BUY BACK: News Corp. announced Tuesday a stock buyback of $5 billion, over the next 12 months in the wake of a scandal with its British tabloid News of the World allegedly hacking civilians' phones in order to access confidential information. (William West/Getty Images)
Business & Economy

News Corp. announced Tuesday a stock buyback of $5 billion, over the next 12 months. Traditionally a company repurchases stock to lift the stock’s performance in the face of challenging market conditions.

The company, which is headed by Australia media mogul Rupert Murdoch, is under fire due to its British tabloid News of the World allegedly hacking civilians’ phones in order to access confidential information. New Corp. last week moved to shut down the 168-year old paper in order to salvage the parent corporation’s reputation.

Now, the company is facing increasing scrutiny in U.K. Parliament, for its proposed merger with British Sky Broadcasting Group (BSB), a highly successful satellite television company, which operates BSkyB in the U.K.

The British government this week called for regulators to oppose News Corp.’s proposed purchase of BSkyB, which News Corp. currently has a minority share but is looking for full control.

“This House believes that it is in the public interest for Rupert Murdoch and News Corporation to withdraw their bid for BSkyB,” according to the text of a motion filed by the Labor Party in the U.K. Parliament, which Conservative Prime Minister David Cameron has said he would support, according to the U.K. press.

Fitch Ratings, one of the three major credit rating firms, reaffirmed its rating of News Corp., issued a statement saying that the company has the liquidity and financial might to fund the $5 billion stock repurchase as well as acquire BSkyB.

Murdoch, as well as his son James Murdoch and executive Rebekah Brooks, have agreed to appear at a U.K. parliamentary hearing next Tuesday, according to the House of Commons’ Culture Committee Chairman John Whittingdale.

News Corporation has tabbed Joel Klein, a board member, to launch an internal investigation into the hacking scandal. Other groups are calling governments in the U.K. and the United States to investigate the company.

“[News Corp.’s actions] constitutes a prima facie violation of the Foreign Corrupt Practices Act. News Corp. should be fined for each violation, and all those who participated in the corrupt practices should be prosecuted to the full extent of the law,” according to a letter from Kevin Zeese of government accountability group ProtectOurElections.org, to the Securities and Exchange Commission and the FBI, dated Tuesday.

Tuesday’s decision of repurchasing stock has stabilized the firm’s shares, which had slid by almost 15 percent in the last five trading sessions. News Corp.’s shares were relatively flat on Tuesday on the Nasdaq Stock Exchange.

Murdoch, an Australian national, controls News Corp. through a family trust owning 40 percent of the company. The company is also listed on public stock exchanges in the United States and Australia.