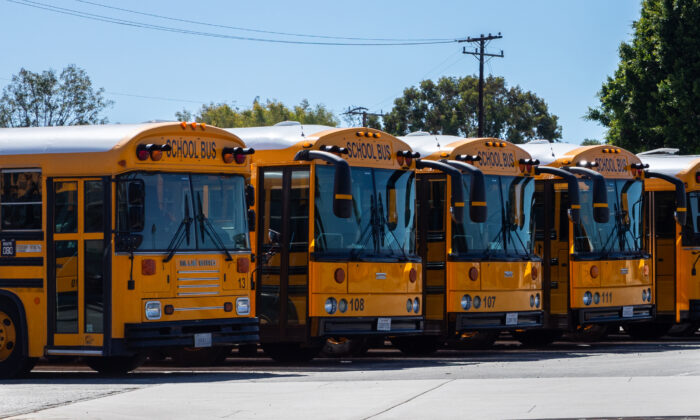 Reina Shebesta is a unicorn.

Or so she’s been called by others for being both pro-public education and conservative.

However, the candidate in the upcoming Nov. 8 election for Newport-Mesa Unified School District’s Trustee Area 5—which stretches along the majority of Newport Beach’s coast—maintains that it was 22 years of serving as a counselor at public schools that changed her political views.

“It was looking at inner city policies … and learning how families of color were decimated by liberal policies that got me to my conservative bent,” Shebesta told the Epoch Times.

As she examined education policies and worked with students, Shebesta said she became increasingly involved in advocating for parental choice and for improved safety for the school district, where her two children attend school.

However, Shebesta said she never considered running for the district’s education board until she was approached by a member of Newport Uncensored—a group of district parents—earlier this summer ago.

“[They] approached me to run because they have been hitting walls when it comes to advocating for their rights,” Shebesta said. “These are mama bears and papa bears that want to do what’s best for their kids.”

If elected to the seat, Shebesta said she would prioritize improving school climates and vetting classroom curricula—as well as continuing her advocacy for school safety and parental rights.

Because the board is responsible for approving the district’s curriculum and library books, Shebesta said she would be committed to vetting the curriculum for inappropriate materials.

“I know that I would spend my time as a board member doing the legwork and scrutinizing curriculum to make sure that proper works are in the schools,” she said.

In addition, Shebesta said she would put forth a resolution to ban critical race theory from all district classrooms.

In terms of school climate—that is, conditions that affect student learning—Shebesta said she would put her knowledge and experience as a school counselor to work.

“I want our district’s wellness system to become one of the best of any district,” she said.

As a veteran school counselor and certified crisis responder, Shebesta said one way to support students’ psychological well-being is to ensure they are physically safe.

Additionally, she said she would want to increase campus security, including installing security cameras where needed, improving fencing, and incorporating push gates into the fencing to allow closing and locking at multiple points of exit.

Shebesta also said she would like to raise the number of safety officers in the district from 6.

Finally, Shebesta said she would make it a point to regularly meet with parents across the political spectrum, hear their concerns, and work to advocate on their behalf.

“I want all parents to come and listen and meet with me and talk with me,” she said. “Call me a unicorn if you want, but I know my values serve kids. This doesn’t have to be a partisan issue. This has to be a protect our kids’ issue.”

Shebesta is endorsed by all of the Orange County Board of Education trustees, the Lincoln Club of Orange County, California Parents United, Newport Uncensored, Assemblyman Steven Choi (R-Irvine), and Assemblyman Kevin Kiley (R-Rocklin).

She is running against Trustee Area 5 incumbent Michelle Barto.

She currently does not have any record of campaign finance disclosure documents.