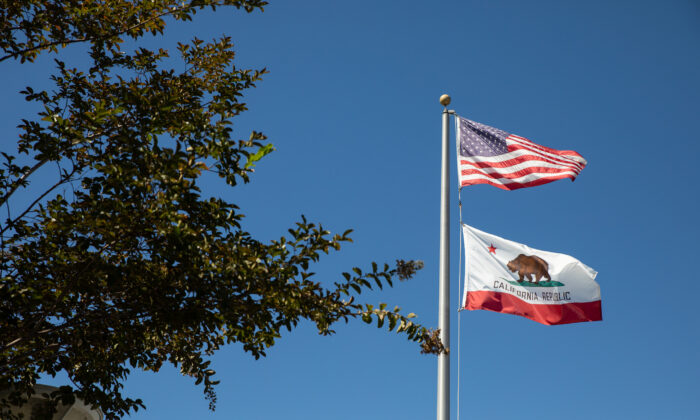 Prior to running for a seat in the upcoming Nov. 8 election for the Newport-Mesa Unified Education Board, Kristen Seaburn was an advocate for children.

With two children of her own in school—including one in the district’s special education program—Seaburn said she quickly learned that she needed to fight to have her voice heard as a parent.

“There were a lot of challenges, a lot of ‘nos’ and a lot of advocating I’ve had to do for [my kids],” Seaburn told The Epoch Times. “But just as I have learned to be a strong advocate for my own children, I will advocate for yours.”

Seaburn, who also works full-time for the Orange County Assessor’s Office, said her advocacy began when schools re-opened during the COVID-19 pandemic.

She said her special education elementary-aged son’s progress in school “came to a screeching halt” when he returned to school amid a district-wide mask mandate.

“I just knew that [masks] were not effective and that they were going to hinder my son’s learning because he has emotional disabilities,” Seaburn said. “He can’t read faces [with the masks] and when he went back to on-campus learning he had a really hard time because he couldn’t see the emotions or the facial expressions of the teachers or the kids.”

From there, Seaburn said she started researching the state’s education law and the school board’s policies.

“I discovered that the school board actually has a lot of power,” Seaburn said. “They could have chosen not to enforce the mandates. Instead, they chose to go along with mask mandates in order to receive funding from the American Rescue Plan, which comes with a lot of strings and conditions.”

Seaburn said she met a group of like-minded district parents who called themselves Newport-Mesa Uncensored.

“They are a group of mama bears who are upset with things going on in our district and want to make a difference for our children,” she said. “It was through talking about what was going on with the mama bears that I decided to step up and run.”

If elected, Seaburn said her priorities would include curriculum transparency and parents’ rights.

One of her first actions as a trustee, she said, would be to introduce a resolution banning critical race theory from schools, and to create a committee that includes parents and taxpayers to weed out such embedded into lessons.

“[Social-emotional learning lessons] are embedding all of these feelings and emotional and psychological terms into classrooms where the teacher isn’t capable of practicing psychology,” she said. “[Teachers] … get these kids all riled up and emotional talking about the lessons, and then they don’t know how to walk it back as professional psychologists would.”

Seaburn said she supports a “back-to-basics” approach to education.

Teachers, she said, should be focusing on math, science, and English.

“They’re so behind now from COVID. Why are we why are we forcing all this emotional stuff on them?” she said.

But above all, she said she wants to be an advocate for parents.

“First and foremost, parents should be deciding what’s best for their children,” she said. “I want to make a difference in my child’s life, in all children’s lives, and I want to advocate for the taxpayers and the parents. The board has so much power and they can use it for good or [bad]. And I think the power needs to be given back to the parents.”

Seaburn is running against incumbent Ashley Anderson and notary Vicky Rodriguez to represent Trustee Area 7, which covers the west portion of Costa Mesa and Newport Beach.