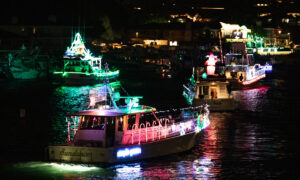 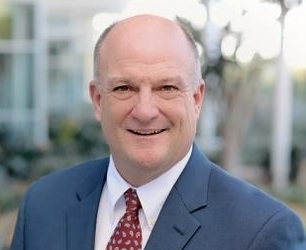 After 31 years of public service, Newport Beach’s harbormaster is setting sail for retirement.

“It has been a real pleasure to work in a community that values and protects its natural resources,” Kurt Borsting told the Epoch Times. “Our tidelands encompass an area as big as Central Park and to be responsible for the wellbeing of such an expansive natural element has truly been a privilege.

“Whoever is lucky enough to be hired for this position will inherit a terrific team and a great community who are committed to the overall success of the harbor.”

Borsting was hired for the role in December 2018.

Prior to joining Newport Beach, he served as the marine operations superintendent for the City of Long Beach’s marine bureau. He was previously a long-time administrator on various student-related projects for California State University’s Fullerton and Pomona campuses.

During his tenure, Borsting oversaw the harbor department’s annual $1.1 million budget, and was responsible for harbor-related services and programs, harbor safety and maintenance activities, slip and mooring rentals, as well as care of the sprawling Back Bay ecological reserve, a cherished coastal wetland.

Borsting also worked closely with the 13 part-time harbor department employees who serve as “city ambassadors” on the water by conducting daily harbor patrols, welcoming visitors, educating the community and coordinating the use of the city anchorages and mooring fields, and providing customers service for the boating community at-large.

A majority of the waterways that make up Newport Harbor are considered tidelands and are owned by California.  In 1978, state legislators assigned most of the tidelands to the city, acting as “landlord” on behalf of the state, to administer state rules such as setting slip and mooring rental rates.

Touted as one of the finest small boat harbors in the country, Newport Harbor is home to more than 9,000 recreational and commercials vessels.  Located in Upper Newport Bay, the Back Bay ecological reserve is made up of nearly 800 acres and is one of the few remaining estuaries (where fresh and salt water meet) in Southern California.  The reserve is home to approximately 200 species of birds and other wildlife.

Borsting’s final day on the job will be April 2, Newport Beach’s assistant city manager Carol Jacobs told The Epoch Times. The city is working to recruit a replacement, and hopes to have the position filled by May, she said.

Jacobs, who has worked closely with the harbor department since its inception, is staff liaison to the city’s harbor commission and will act as the interim harbormaster.

Borsting’s departure is on good terms, and he said he would sorely miss working with city staff, residents, and especially the boating community.

“It is an honor to make being the harbormaster of Newport Beach the capstone of my career,” he said.

He and wife, Elizabeth, plan to do a little boating themselves after getting their daughter off to college and visiting their son in Manhattan.  “We’re not leaving SoCal,” he said when asked if he’s retiring to another state.  “No, now I’ll be visiting the bay as a recreational boater.”