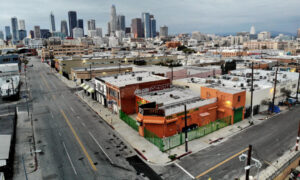 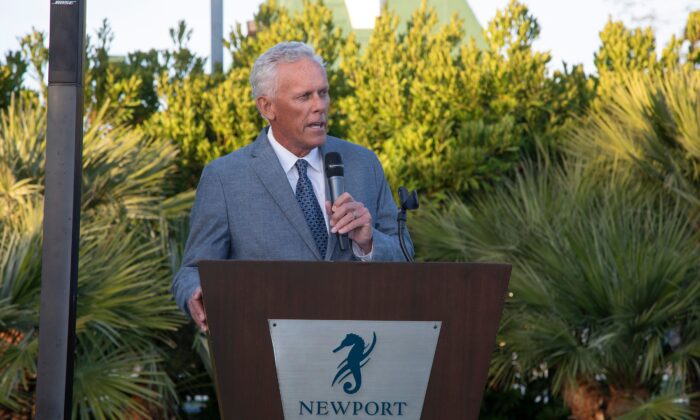 The council on July 27 held its fourth public hearing to review a February planning commission decision to approve the project at 2510 W. Coast Highway, submitted by landowner Mark Moshayedi.

The initial public hearing in April 2020 resulted in the council voting to continue the item to accommodate the developer’s request to modify the project to address concerns by the council and the public. Concerns were primarily voiced by the Coalition to Protect Mariner’s Mile, an organized group of area business owners and residents.

In a show of good faith, Moshayedi went back to the drawing board, redesigning the project and removing the showroom.

Revitalization efforts for Mariner’s Mile date back to 2011, when residents, concerned with building heights and potential negative impact on views, traffic, and safety on adjacent businesses and residential communities, rejected a city master plan attempt.

Opponents of the current project cite similar concerns and said they feel the developer may also be taking advantage of the Housing Accountability Act (HAA), putting pressure on the city council to approve projects in order to avoid costly litigation and state fines.

Deborah M. Rosenthal, a lawyer representing the coalition, said the council’s decision could set a precedent for other coastal cities struggling to uphold their coastal plans, intended to protect the unique and specific needs and character of a city.

“There’s no question that this sets a precedent for other cities, fearing financial losses, under the Administrative Procedure Act, to approve developments that are arguably inconsistent with their general and vision plans, and incompatible with community desires or business districts, due to the threat of litigation,” Rosenthal said.

Rosenthal also said the dangers of approving projects in a piecemeal manner instead of guided by a master plan is like death by a thousand cuts for the community.”

“Among the issues is that a third of the property along Mariner’s Mile is owned by the Moshayedi family,” Rosenthal told The Epoch Times.

“Because there will be more proposals submitted by this developer and other property owners along PCH, the coalition feels the city should take the opportunity to treat them as cumulative projects.”

Acquiescing to current state law was emphasized in a five-page letter sent to the city council on July 23 from the developer’s attorney, Sean Matsler.

“The project is still covered by the Housing Accountability Act,” Matsler wrote. “We previously wrote a letter, dated Feb. 1, 2021, regarding how the HAA prohibits the city from denying the project or conditioning its approval on lower density. We write again to reiterate the narrow scope of the city’s discretion over the project and stiff penalties if the city violates the HAA.”

Matsler said the HAA “significantly limits the ability of a local government to deny an affordable or market-rate housing project that is consistent with planning and zoning requirements.”

“HAA imposes stiff penalties on cities for failure to comply with its requirements. Under the HAA, the project applicant, people eligible to live in the proposed project, or a housing organization all have standing to sue a city for impermissibly denying or conditioning a project,” he wrote.

Failing to comply with an initial HAA order within 60 days can result in fines of at least $10,000 per housing unit in each project, from the date the development application was deemed complete.

Prior to the vote, Mayor Brad Avery said the council was put in a difficult position having to comply with state requirements.

“It makes being here on the dais absolutely terrible because we’ve lost our ability to work with residents, deliver for residents, so much of it is out of our hands,” Avery said. “I know that sounds like I am making it an excuse here, but it’s really true.

“We’re going to see much more of this, I’m afraid. We’re in a tough spot, we’re just going to have to deal with it, but there is much work ahead of us.”

The mayor commended Moshayedi for “doing the right thing, spending the time and treasure after listening to what residents were looking for, and I think he wound up with a better project because of it.”

The city council approved the project in a 5–0 vote, with Councilman Duffy Duffield absent and Councilman Noah Blom recusing.

Rosenthal told The Epoch Times, “The Coalition to Protect Mariner’s Mile will be looking at all alternatives, including an appeal to the California Coastal Commission, more discussions with the developer, and as a last resort, the unpleasant prospect of litigation.”

“The coalition was disappointed that the city relied on a very technical view of what cumulative projects means,” Rosenthal said. “We would like to see those projects coordinated through a thoughtful Mariner’s Mile Master Plan.

“We’re hoping all the stakeholders can continue to work together, and [while] we appreciate what the developer has done to address our concerns, the coalition believes the city had more discretion than it thought it did.”