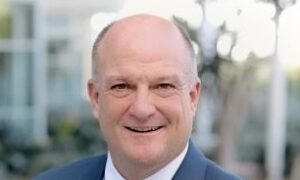 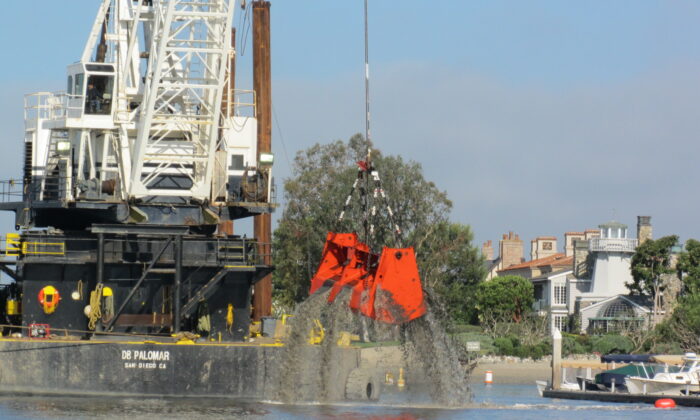 NEWPORT BEACH, Calif.—Newport Beach’s harbor commission has passed a resolution headed to city council recommending a small amount of dredging waste be buried in the harbor in a contained facility.

The waste, which is unsuitable for dumping in the ocean, is currently being excavated by the U.S. Army Corps of Engineers.

The proposed confined aquatic dredged material disposal site (CAD) would be located in the central portion of the Lower Harbor adjacent to Bay Island, Lido Island and Harbor Island.

The city staff report adopted by the harbor commission recommends that the city dredge approximately 300,000 cubic yards of material 47 feet below the existing harbor floor to construct the CAD facility, which will be able to accommodate about 106,900 cubic yards of the unsuitable material from the federal channels dredging project.

Once the unsuitable material is deposited in the hole, a layer of clean material will be placed as a final cap.

Newport Beach city council will review and discuss the item during its May 25 meeting.

A staff reports states that the natural process of storm water and erosion flowing into the harbor result in the movement and accumulation of sediment which must be dredged periodically to maintain the federally-authorized channel depths for safe navigation.

The federal channels extend from the entrance of the harbor to the turning basin adjacent to the Newport Boulevard Bridge and Lido Village, to the east anchorage between Bay Island and Lido Island to the Marina Park area. The channels are maintained by the federal government via the U.S. Army Corps of Engineers.

The decades-old sediment in question is believed to contain materials that flowed downstream from watershed cities, as well as remnants from shipyards, factories and businesses that once lined the harbor.

The material has been deemed by the Environmental Protection Agency (EPA) as unsuitable for nearshore placement or dumping at the LA-3 disposal area off the coast.

City officials say that the amount of the waste to be deposited in the CAD is considered minimal as it relates to the overall size and scope of the project, and they have been working with the Army Corps of Engineers on providing a suitable location to dispose of the material.

“The amount of waste that would be deposited in the CAD is really quite miniscule,” Newport Beach assistant city manager Carol Jacobs told The Epoch Times. “To be clear, the waste we are dealing with does not include hazardous materials at levels that would be considered toxic waste.

“The city considered a variety of options to ensure that the material is disposed of properly, as well as meet EPA ocean dumping guidelines as they relate to this important harbor dredging project.”

Jacobs said removing the sediment from the harbor’s floor bottom and safely placing the material in the CAD is a preferable way of containing what is now loose material that could be disturbed by currents, vessel propellers and sea life if left where it lies now.

Dredged material that has been deemed suitable, will be taken to LA-3, the EPA approved ocean disposal site located 4.3 nautical miles southwest of the harbor’s entrance.

Newport Beach officials have been working with the federal government for some time on the much-needed channel dredging within the Lower Harbor in an attempt to reestablish appropriate navigation depths for both recreational and commercial vessels and improve the overall tidal flushing and water quality which can be hindered when sediment builds up.

The City of Newport Beach is the non-federal sponsor of the project, which has a $20 million projected budget.

“We have been working with the federal government for many years as it relates to the dredging projects in Newport Harbor,” Chris Miller, Newport Beach Harbor resources manager, told The Epoch Times.

“The city is proposing to split of the costs, $10 million each, between the federal government and the city,” Miller said.

Approximately 68,000 cubic yards of sediment will be removed during the process, and there is an option to remove an additional 77,000 cubic yards from the Balboa Reach, also known as the main channel.

The overall project, which includes the dredging work as well as the replacement of rock and repairs to concrete along the east jetty, is expected to be completed by late June.