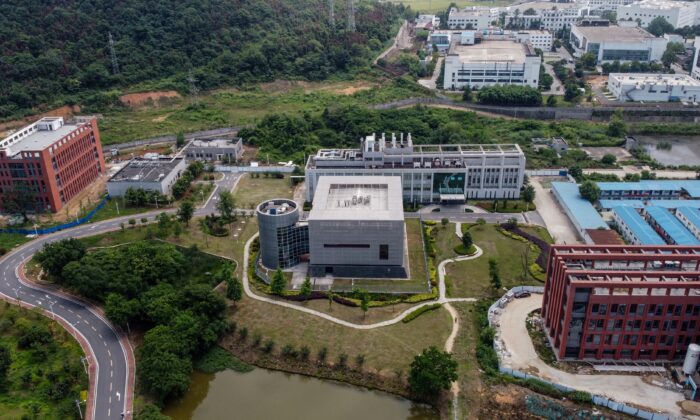 This aerial view shows the P4 laboratory (C) on the campus of the Wuhan Institute of Virology in Wuhan in China's central Hubei Province on May 27, 2020. (Hector Retamal/AFP via Getty Images)
By Zachary Stieber