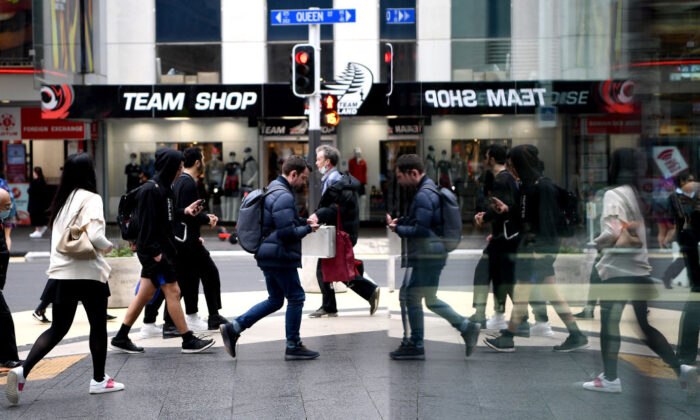 Many New Zealanders are struggling to make ends meet, with one-in-ten living beyond their means and one-quarter of buy now, pay later (BNPL) users putting their purchases on a credit card, according to Consumer NZ.

Gemma Rasmussen, a spokesperson for Consumer NZ, also said 40 percent of people are reporting no savings or were “deeply anxious” about the amount of savings they had in the bank.

“So people, a lot of people out there are really concerned right now,” she told 1News.

Consumer NZ, an independent source of consumer information, looked into how Kiwis were handling the rising cost of living by focusing on debt levels.

The group found that of people who have acquired personal debt, 28 percent were putting a primary amount of that debt into essential expenditures.

“So that’s things like utility bills, groceries, and whatnot,” Rasmussen said. “And it just kind of highlights that a lot of people are really struggling to make ends meet and then resorting to actually putting these expenses on debt.”

BNPL is also becoming a more popular way to finance purchases, but Rasmussen noted that a “minority” of users were borrowing a lot more money than they could pay back.

“We know that for the vast majority, it works really well. It’s just for that smaller group who are falling into trouble; it’s quite catastrophic,” she said.

Centrix, a credit bureau for New Zealand businesses, found in its latest credit indicator that the number of consumers that fell behind on payments continued to rise in May.

At the same, demand for both consumer and business credit trended further downwards as confidence fell and rising inflation posed a sustained challenge to households.

Overall credit scores also fell two points during the quarter, suggesting that over the next year, there will likely be an increasing number of consumers that will fail to meet their payments on time.

BNPL debt also reached the highest point in three years in April, with 8.9 percent of BNPL accounts having an outstanding payment.

“Often discretionary spending debts like BNPL are the first to see increased arrears in challenging financial times, an indication of Kiwis prioritising their credit repayments—which could also be a signal of further financial stress in the future,” Centrix Managing Director Keith McLaughlin said.

While inflation continues to challenge households, data suggests that there are no signs of mortgage stress appearing. The vast majority, over 99 percent, of Kiwis are still meeting their home loan payments on time, and the number of people who have fallen into financial hardship has decreased.