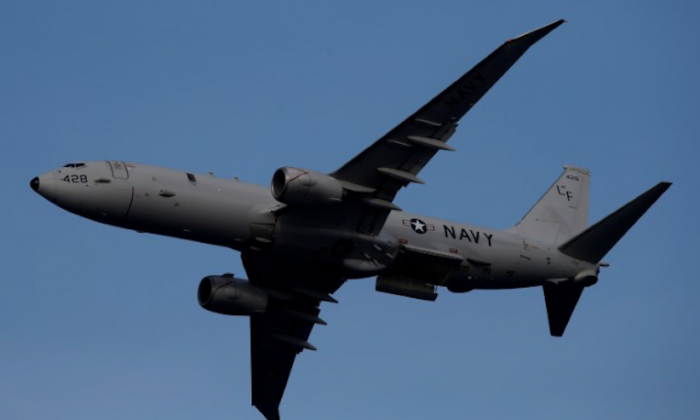 New Zealand is responsible for patrol and rescue missions in an area of the Pacific Ocean bigger than Europe and plans to step up its engagement in the South Pacific, where it is losing sway over small island nations to China.

Mark said the aircraft were acquired from the United States through its foreign military sales program and would cost NZ$2.34 billion (US$1.6 billion), including training costs. They would be operational in 2023.

New Zealand’s military had been looking to replace its aging P-3 Orion fleet, and the upgrade pulls it in line with the capabilities of its Five Eyes intelligence-sharing partners—Australia, Canada, the United Kingdom and the United States.

It also alluded to tension in the contested South China Sea, which Beijing largely claims as its own, in the face of competing claims from several Southeast Asian nations.

“We live in turbulent times, the world is changing and there has been a re-emergence of great power competition,” New Zealand Defense Minister Ron Mark told reporters on July 6.

“China holds views on human rights and freedom of information that stand in contrast to those that prevail in New Zealand,” the report read.

“The Chinese have made clear to our ambassador in Beijing their concerns about that, as their ambassador here has made her concerns known to Foreign Affairs,” he told reporters.

When asked on July 9 about the purchase, China’s foreign ministry spokeswoman, Hua Chunying, said China’s development did not pose a threat to anyone.

“We urge New Zealand to correctly understand China and our relations with New Zealand, redress wrong deeds and actions, and do more that is beneficial to mutual trust and co-operation between China and New Zealand,” she told a regular briefing.

The Chinese embassy in Wellington did not immediately respond to a request for comment. New Zealand’s foreign ministry said it had been in touch with Chinese diplomats.

“New Zealand and China have a mature and resilient relationship and are able to discuss a range of foreign policy and national security topics including where we have different views,” a foreign ministry spokeswoman said.

“As a defense partner, you need assets. It is no good saying that you uphold the international rules-based order, you need something that will be useful for Australia and the United States,” said Euan Graham, a defense policy expert at Sydney’s Lowy Institute.

“The most obvious way is to have the same system, the P-8.”

Australia has committed to buy 15 Poseidon planes to replace its Orion aircraft, set to be withdrawn from service next year. Boeing says 85 Poseidons now operate worldwide.

Last month, South Korea said it would buy the Poseidon, as it strengthens anti-submarine capabilities in the face of the threat from neighboring North Korea’s submarine-launched ballistic missiles.

Mark said New Zealand could consider more purchases of maritime surveillance technology as part of a review due by year-end.