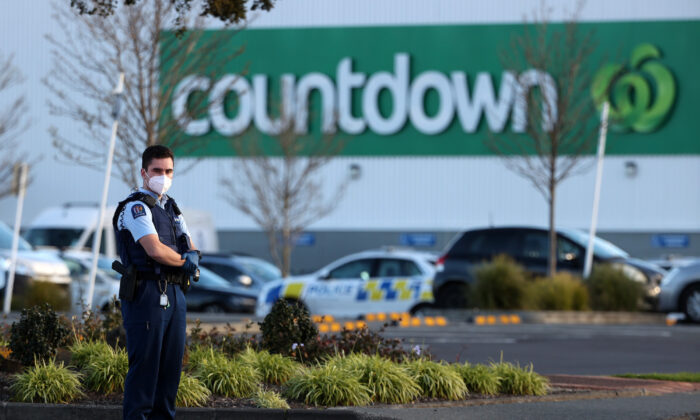 New Zealand has tightened its counter-terrorism laws after after an ISIS-inspired knife-wielding terrorist wounded seven people at a mall in Auckland last month.

On Sept. 30, the country’s Parliament passed the Counter-Terrorism Legislation Bill with the support of Labour and National. It was opposed by Act, the Green Party, and the Māori Party.

The bill, an amendment to the 2002 Terrorism Suppression Act and other related laws, makes planning and preparing a terrorist attack a crime and gives enforcement agencies greater powers to protect New Zealanders from terrorist activity.

Specifically, it allows enforcement agencies to apply warrantless powers of entry, search, and surveillance and update the definition of a terrorist to improve clarity.

It also criminalizes weapons or combat training for terrorist purposes as well as travel to, from, or via New Zealand with the intention to carry out an offence under the Terrorism Suppression Act.

Finally, it extends the terrorism finance offenses to also criminalize providing wider forms of support to terrorist individuals or groups, such as goods and services, while measures can also be put in place to control the movements and activities of individuals who have been convicted and imprisoned for a terrorism-related offense in the country.

The new law had been in planning for months but was sped through Parliament after August’s violent knife attack at the LynnMall Countdown supermarket in New Lynn, Auckland.

New Zealand officials confirmed on Sept. 4 that 32-year-old Ahamed Aathil Mohamed Samsudeen was the attacker behind the devastating events.

Samsudeen, an ethnic Tamil Muslim from Sri Lanka, had arrived in New Zealand 10 years ago on a student visa seeking refugee status, which was “fraudulently obtained” in 2013.

Police were monitoring Samsudeen at the time of the attack over Facebook activity in which he had posted support for terror attacks and violent extremism. They shot him dead within about a minute after he entered the Countdown supermarket and picked up a knife on display, but he had already stabbed five people. Two more shoppers were injured in the melee. All are still recovering.

Following the attack, Prime Minister Jacinda Ardern vowed to pass the new legislation by the end of September. But Ardern also noted that Samsudeen may still have committed the attack even if the new law had been in place.

“The nature of terrorism has changed. Across the world there are more lone actors, rather than larger organised groups; as we saw with the March 15 attack on mosques in Christchurch two years ago, and the attack on shoppers in a West Auckland supermarket earlier this month,” Faafoi said.

“The process for developing this important piece of legislation has been careful and considered. This included the full opportunity for the public to provide their view to the Select Committee,” he continued.

“New Zealand is not immune to this harm, and I want to acknowledge the trauma of the victims, families, and communities affected by those terrorist attacks.”

Auckland’s supermarket attack was the second terrorist attack in the country in as many years after the massacre at two mosques in Christchurch in March 2019 that claimed the lives of 51 people and injured dozens more.

The new law brings New Zealand into line with Australia and Britain, where officials already have the power to arrest individuals planning and preparing a terrorist attack.