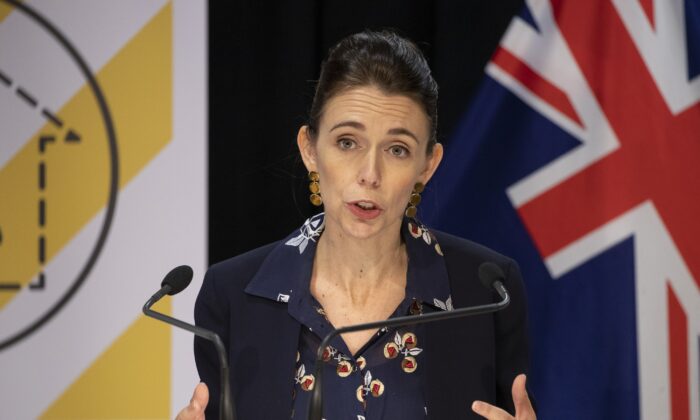 WELLINGTON—New Zealand was scrambling to trace the source of its first coronavirus outbreak in more than three months, reporting 13 new community infections on Thursday, after Prime Minister Jacinda Ardern had sought to eradicate the virus with a hard lockdown.

The resurgence of COVID-19 comes just weeks before a scheduled general election, increasing pressure on Ardern to get the outbreak under control amid growing criticism.

Ardern swiftly reimposed tight movement restrictions in Auckland and social distancing measures across the rest of the country after the discovery this week of four infected family members in the city.

“Once again we are reminded of how tricky this virus is and how easily it can spread,” she said during a televised news conference on Thursday. “Going hard and early is still the best course of action.”

Officials reported 13 new cases in the community on Thursday, and one overseas arrival who had not left quarantine since arriving in the country, bringing the total number of active cases to 36.

Ardern said it was a positive sign that all 13 new community cases were linked back to one infected family, either via work or broader family connections, and that all were being transferred into quarantine facilities.

She said that experience showed “things will get worse before they get better,” and more cases were likely to be reported in coming days.

In Auckland, home to around 1.7 million people, residents were given just hours to prepare for the return to level 3 restrictions on Wednesday, requiring people to stay at home unless for essential trips.

Police set up checkpoints at the city’s borders as scores of people attempted to leave to avoid a sustained lockdown, as Ardern warned they would be turned back.

Long queues of people formed at pop-up clinics, with some waiting hours to be tested for the virus, and there was a rush to supermarkets to stock up on essentials.

With 1,238 confirmed cases and 22 deaths, New Zealand’s exposure to the virus remains well below many other developed nations.