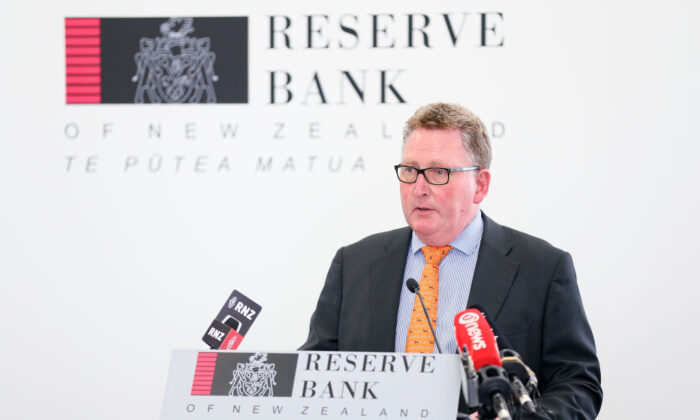 The governor of New Zealand’s central bank admitted to the institution’s role in contributing to the country’s high inflation rate.

As the Reserve Bank of New Zealand (RBNZ) undertakes the first ever review of its monetary policy remit, governor Adrian Orr acknowledged a research paper on how the institution’s mistakes after 2019 led to inflation.

The paper, co-authored by former RBNZ governor Graeme Wheeler and published in think tank New Zealand Initiative, argued that central banks around the world were overconfident, lost focus on price stability, and were distracted by extraneous political objectives.

“To begin restoring their damaged credibility, central banks must assess and acknowledge why their models and judgements were so inaccurate and inform the public on what steps they are taking to rebuild public confidence,” Wheeler said.

Co-author Bryce Wilkinson, senior research fellow at the New Zealand Initiative, said the economic and financial consequences of these mistakes will be serious and widely felt.

“The poorest and most vulnerable will be hit hardest by monetary policy errors,” he said.

In response, Orr admitted in a statement that the country’s current 7.3 percent inflation rate had been influenced by the RBNZ’s monetary policy committee decisions over recent years.

“This acknowledgment is reflected in our regular monetary policy statements and through our ongoing efforts to quell excess demand in the economy,” he said. “Inflation is no one’s friend and causes economic cost.”

“I regret that the committee—and society at large—has been confronted with the COVID-19 pandemic, and other recent events that have caused food and energy price spikes.”

However, Orr rejected the argument that the bank had been “distracted” by extraneous objectives, such as climate change and inequality.

“They remain highly relevant to the Reserve Bank in achieving our legislative purpose of increasing economic prosperity and well-being for all New Zealanders,” he said.

The annual inflation rate increased to 7.3 percent in June, a 32-year high, led by rising housing and transport costs.

The RBNZ has made four significant hikes to the official cash rate in 2022, which is currently sitting at 2.5 percent.

Market consensus expects another 0.5 percent increase in the next monetary policy statement, to be published on Aug. 17.

In the July statement, the RBNZ signalled that it remained “broadly comfortable” with the aggressive rate of hikes, which is projected to end the year at around 3.5 percent and peak in mid-2023 at 4 percent.

The monetary policy review will assess inflation and employment outcomes of its decisions relative to other central banks and possible alternative outcomes if those decisions had not been taken.

“We are a learning institution, and through the open process of the remit review and the monetary policy review, we will be very clear on our lessons learnt as we forever seek to do a world-class job for the people of New Zealand,” Orr said.