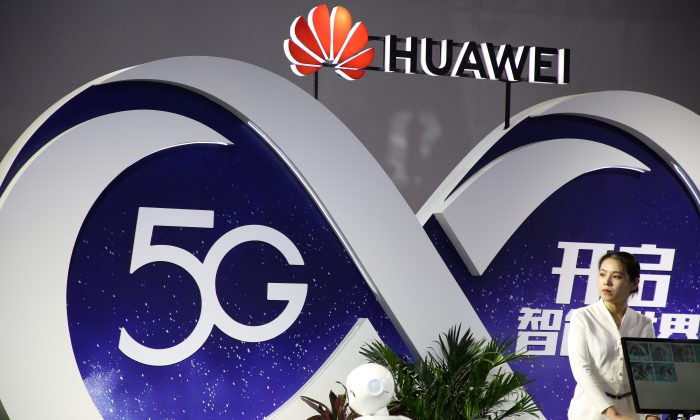 A woman stands at the booth of Huawei featuring 5G technology at the PT Expo in Beijing on Sept. 28, 2018. (Reuters)
China Business & Economy

Telecommunications services provider Spark New Zealand Ltd., which made the request, said Nov. 28 that it would review the reasoning before considering any further steps.

The decision comes as Western nations become increasingly wary of what they say is possible involvement by the Chinese regime in fifth-generation (5G) mobile and other communications networks.

With the company’s aggressive development of 5G mobile technology—backed by Beijing, Huawei has sought to dominate the global market to become the primary provider of 5G network equipment and services.

Huawei has been involved in other telecommunications systems in New Zealand such as its 4G mobile network, and is investing NZ$400 million ($271.9 million) into research and development.

Little said each decision regarding telecom technology was made separately under telecom and security legislation.

“The difference between 5G networks and conventional 4G and 3G networks is the configuration of the technology,” Little said. “With 5G technology, every component of the 5G network means every part of the network can be accessed.”

That echoed Australian concerns that, with 5G, it was difficult to confine vendors considered high risk to a network’s less sensitive parts.

Spark rival 2degrees said it noted the decision, and was “seeking clarity on it.”

Vodafone New Zealand Ltd. declined to comment about the matter.

Huawei’s 5G ambitions have encountered roadblocks in other countries.

In October, Canadian officials and security experts called for the government to stop the company from getting involved in the country’s 5G rollout.

In South Korea, SK Telecom, the country’s largest mobile carrier, announced that it would not use Huawei’s equipment for its 5G network.

In November, the UK government expressed security concerns about Huawei, even though early on, the UK had embraced the use of company’s wireless, internet, and mobile services.

India’s government department in charge of telecoms announced in September that it has excluded Huawei and ZTE, China’s other major telecom giant and Huawei’s chief competitor, from a list of partners for the country’s 5G development.