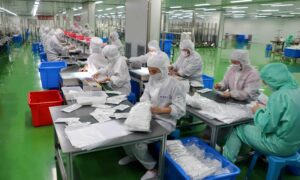 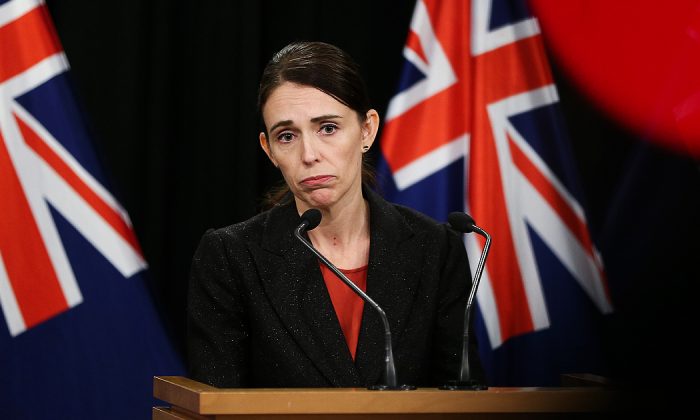 New Zealand said on Monday it will move to its highest alert level imposing self-isolation, with all-non-essential services, schools, and offices to be shut over the next 48 hours as the number of CCP (Chinese Communist Party) virus cases more than double.

Prime Minister Jacinda Ardern said the decisions will place the most significant restriction on New Zealanders’ movements in modern history, but it was needed to save lives and slow the spread of the virus.

“We are all now preparing to go into self-isolation as a nation,” Ardern said at a news conference, adding that tens of thousands of New Zealanders could die without these measures.

People lined up outside supermarkets shortly after the announcement to stack up essentials, despite assurances from the government that there were sufficient supplies and stores will remain open.

Crowds were also expected at domestic airports as New Zealanders return home before complete lockdown takes effect for the next four weeks.

Police Chief Mike Bush said more officers will be seen across the country to make sure instructions are followed and order is maintained.

“We don’t want to get to a place where we need to enforce these instructions, but we will if required,” Bush told reporters.

The number of CCP virus cases in New Zealand shot up to 102, more than double since Friday, as the country reported 36 new infections. New Zealand has had no deaths.

Ardern said the cabinet agreed that effective immediately, the country of 5 million people would move into alert level 3 nationwide, and after 48 hours it will be at the highest level 4. New Zealand has already closed its borders to foreigners.

Ardern said all bars, restaurants, cafes, gyms, cinemas, pools, museums, libraries, playgrounds and any other place where the public congregate must close their face-to-face function.

She said supermarkets, doctors, pharmacies, service stations, access to essential banking services will all be available throughout New Zealand at every alert level.

The move comes after neighboring Australia, which has thousands of COVID-19 cases, started lockdown measures on Monday, but has stopped short of self-isolation.

Schools will be closed from Tuesday, except for children of essential workers such as our doctors, nurses, ambulance drivers, and police. Schools will close entirely from midnight Wednesday.

Workplaces were asked to implement alternative ways of working.

The Reserve Bank of New Zealand (RBNZ) announced quantitative easing earlier on Monday as it decided to buy up NZ$30 billion ($17 billion) worth of government bonds to offset the impact of the CCP virus.

Last week, the RBNZ slashed rates by 75 basis points and the government rolled out a NZ$12.1 billion ($12.1 billion) fiscal stimulus package to support businesses and citizens.

Finance Minister Grant Robertson said further support will come soon, including removing the cap on the wage subsidy scheme, which will inject a further NZ$4 billion ($2.28 billion) into the economy over the next eleven weeks.

He announced temporary support for mortgage holders, a business finance guarantee scheme and a freeze on all rent increases.

“We cannot guarantee to stop all job losses, but we are doing our best to cushion the blow,” Robertson said.

New Zealand’s opposition National Party said it had put on hold its campaign for a general election on Sept 19. Ardern said there was no impact on the election for now.