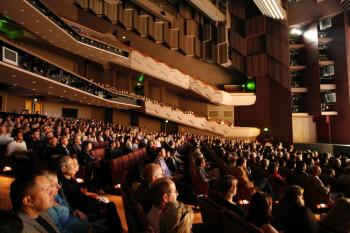 By Matthew Robertson
biggersmaller
Print
Council members of New Zealand’s largest city received a surprise in the mail in early January. It was a letter from Liao Juhua, the Chinese Consul General in Auckland. The letter told them not to attend the Chinese cultural performance Shen Yun Performing Arts. Many found the instruction strange, and to some, it seemed outrageous.

The curtly worded letter stated that, between Feb. 3 and Feb. 5, the “‘Falun Gong organization’ is going to stage the so-called ‘Shen Yun’… in Auckland.’” The letter then slandered Falun Gong, always referred to in scare quotes, before saying: “You are kindly requested to stay away from this event and thank you for reading this letter.”

Recipients did not return the gratitude.

“I was quite outraged by it,” said Dr. Cathy Casey, an Auckland City Council member who returned from a vacation several days ago to find the note waiting for her. “I’m really upset that the consulate should think it can influence elected members in a host country, where they’re our guest,” she said in a phone interview with The Epoch Times. She had seen Shen Yun Performing Arts several times in the past.

Shen Yun is a classical Chinese dance and music company that tours globally. According to its website, “Shen Yun’s mission is to revive traditional Chinese culture.” One of the presenters of the show in Auckland is the Falun Dafa Association of New Zealand.

The Chinese Communist Party has, through its consulates and embassies around the world, sought to prevent Shen Yun from performing. Letters from Consular officials seeking to intimidate elected officials into not attending have been reported many times in the company’s short history—its first season was 2007.

Ms. Casey felt that the letter was an extension into New Zealand of the CCP’s repression of Falun Gong in China. She noted the evidence of organ harvesting by practitioners captive in labor camps and prisons. “I have real concerns about that as a major global issue,” she said.

She has filed formal complaints about the letter to the chief executive of the city council and the head of the consular corps in Auckland. “I think this is breach of the partnership between council and the diplomatic corps, actually,” she said.

“This consul general has no right to tell me not to go to a production in Auckland. How dare they? It’s completely inappropriate behavior as a diplomat in this country. … I resent the intrusion of the consul into my political life and the political life of the Auckland Council.”

Mr. Locke received a handwritten note, unsigned, from a battery of Chinese groups telling him not to attend. He said the letter was similar in purport to that sent to Auckland councilors. In his press release, Mr. Locke said, “Some Chinese organizations in Auckland may be acting in league with the Auckland consulate in this matter.” The Epoch Times has reported on several occasions on how Chinese consular officials use front groups to attempt to influence Western society.

The Epoch Times called most of the 19 other councilors to ask for their reactions; many were unavailable, several were reticent. One, Des Morrison, warily commented, “It’s certainly strange in our open society to receive a letter like that.”

Doug McKay, chief executive of the Auckland City Council, was not available for comment because it was deemed a “political issue.”

The Epoch Times called a random sampling of MPs but found no other that had received a note similar to that sent to Ms. Casey or Mr. Locke. Jordan King, communications staffer for Labour Party MP Maryan Street, said that would have been “unusual.”

None of the individuals interviewed said the letter would impact their decision to attend the performance, though Mr. Locke said the intention was clearly to intimidate. “It just reinforces in people’s minds that China has a way to go before it’s democratic,” he said.

Ms. Casey has put the letter from Consul General Liao onto her Facebook, where it has been ridiculed. “I’ve had one councilor think it was a joke. He said: ‘Ha ha ha, what a joke that letter was.’”

The Chinese Embassy in Wellington, New Zealand, did not return calls.