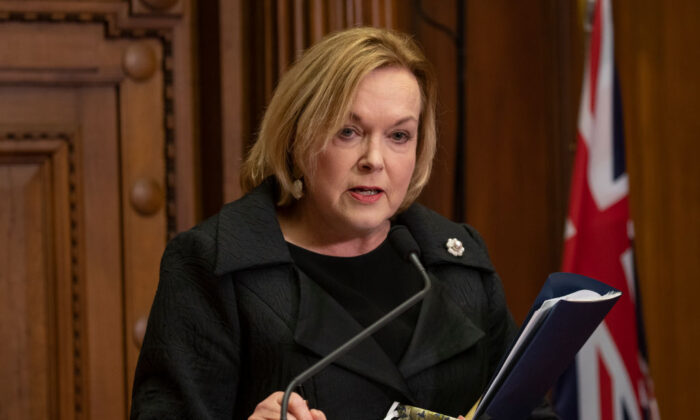 Her deputy Shane Reti will be the interim leader until an internal party vote on Nov. 30.

National Party MPs and members of the shadow cabinet called a crisis caucus after Collins moved to demote former party leader Simon Bridges—a former opposition leader—who was found to have made a lewd comment in 2017 towards fellow caucus member Jacqui Dean.

While the issue was dealt with at the time by then-Deputy Prime Minister Bill English, the comments resurfaced again last week.

“I knew when I was confided in by a female colleague regarding her allegation of serious misconduct against a senior colleague that I would likely lose the leadership by taking the matter so seriously,” Collins wrote on Twitter on Nov. 25.

In formally announcing her resignation, she said she was pleased to be the representative for the electorate of Papakura again.

“It’s been a privilege to take over the leadership of @NZNationalParty during the worst of times and to do so for 16 months. It has taken huge stamina and resolve and has been particularly difficult because of a variety of factors,” she said.

I am pleased to say that I am just the MP for Papakura again. It’s been a privilege to take over the leadership of @NZNationalParty during the worst of times and to do so for 16 months. It has taken huge stamina and resolve, & has been particularly difficult because..

“I am proud of the support I received from Dr. Shane Reti, a man of principle, and I will continue to advocate, not only for Papakura but for those who have no voice.”

Collins took on the role in July 2020 after the resignation of Todd Muller.

She also presided over the major October 2020 national election defeat to current Prime Minister Jacinda Ardern but continued to be the most popular leader from the National Party’s ranks.

The party has struggled, however, to gain traction as COVID-19 raged through the country.

Incumbent governments have tended to dominate the spotlight with their handling of the pandemic.

In neighbouring Australia, for example, four incumbent state and territory leaders have won resounding election victories, with some parties on the brink of losing government prior to the onset of COVID-19.