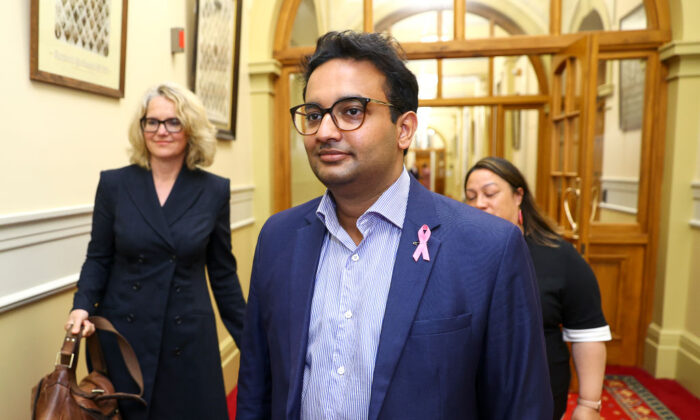 New Zealand MP Gaurav Sharma was suspended from the Labour caucus for breaching trust after he alleged widespread bullying and harassment occurred throughout Parliament and that his concerns around the issues had never been investigated.

Prime Minister Jacinda Ardern said the caucus had unanimously determined that suspension was the “most appropriate response” following “repeated breaches of trust” from Sharma.

In an opinion piece by the Labour MP, published in the New Zealand Herald on Aug. 12, Sharma claimed that rampant bullying in Parliament was “promoted and facilitated” by various offices, including the prime minister’s office and leader of the opposition.

“Their (MPs) own constituents who would be appalled if they saw even half of what their elected representatives have to bear in terms of harassment from inside the Parliament without anyone specific taking legal or moral responsibility for addressing these concerns,” Sharma wrote.

After the piece was published, he added specific details in a lengthy Facebook post and stated that he “stood by” his claims that he had been subjected to ongoing bullying and that none of his concerns had been addressed.

“If I ever have to choose between party and country, my allegiance will always be with the country first,” Sharma said.

He later added in another Facebook post on Aug. 15 that after writing the opinion piece, he had been told that he should not talk to the media but raise the issues internally.

“But that’s exactly what I have tried to do for last 1.5 years without being heard at all. And now I am being silenced again as such the bullying continues,” Sharma said.

“I really just want to acknowledge he is being brave and courageous,” he said.

Ardern announced the suspension on Aug. 16 after meeting with other Labour MPs twice, the first of which Sharma was not invited to, and the second Sharma chose not to participate in.

The suspension status will be reviewed in December, which may allow Sharma to return to caucus if trust could be restored, Ardern said.

“[Sharma] will continue as the Labour MP for Hamilton West and be expected to be present in Parliament. However, he will no longer participate in any caucus events or activities unless caucus’s permission is granted,” the prime minister told reporters.

“The team were very clear that to function in a political party in a place where open debate and dialogue is so key, you need to trust your colleagues.

“You need to feel you can speak openly and freely. That sense of trust has been broken through repeated breaches of our caucus rules over the last five days, and that made the decision very clear.”

Ardern and the Labour Party have continued to reject all bullying allegations put forward by Sharma.