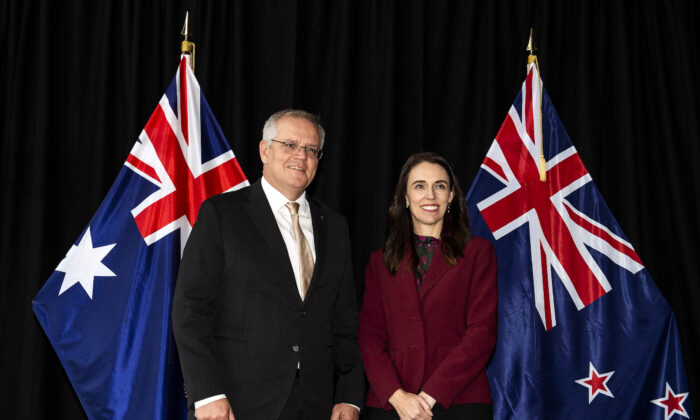 Australia and New Zealand have agreed to resettle up to 150 refugees for three years from Australia’s offshore detention centre in Nauru, nine years after the offer was first made.

Andrews said Australia’s strong border policy remains in place and the new arrangement won’t apply to anyone who attempted to illegally enter the country by boat.

“Australia remains firm—illegal maritime arrivals will not settle here permanently. Anyone who attempts to breach our borders will be turned back or sent to Nauru,” Andrews said.

Faafoi said New Zealand was very pleased that Australia had accepted their offer, first made in 2013 by former prime ministers Julia Gillard of Australia and John Key of New Zealand.

“We are pleased to be able to provide resettlement outcomes for refugees who would otherwise have continued to face uncertain futures,” Faafoi said.

UNHCR, the U.N. refugee agency, welcomed the announcement and hoped that the arrangement would help as many people as possible and support their paths to recovery.

A refugee with a referral to New Zealand by the UNHCR will be given priority for consideration, and Adrian Edwards, the UNHCR regional representative, said the agency has indicated its readiness to facilitate the process of settlement referrals.

Refugees will also be initially considered if they’re in Nauru or temporarily in Australia, meet New Zealand’s own refugee program requirements, and aren’t engaged in other resettlement pathways, such as the United States resettlement arrangement.

People who are currently on resettlement pathways to the United States or Canada will remain on it, and the New Zealand arrangement will run in parallel.

However, Edwards said the arrangement wouldn’t be sufficient to cover the needs of the 112 refugees and asylum seekers in Nauru and about 1,100 more in Australia.

“We nonetheless hope it will bring about new impetus toward this goal so that compassionate and lasting answers can be found, including in Australia, for all who have been subject to Australia’s offshore processing policies,” he said.

The New Zealand Greens Party welcomed the announcement, but said the arrangement should be made in addition to the existing refugee quota.

“Extending the offer to resettle refugees and ensuring the quota can be met in full is an important way we can acknowledge the worsening plight of refugees in Ukraine and Afghanistan,” Green Party refugee spokesperson Golriz Ghahraman said.