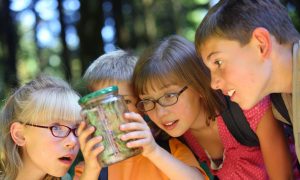 Is Unschooling the Future of Education?
0
Share Now
TelegramFacebookTweetEmailTellMeWeReddit
Copy Link
US News

What is the solution to the achievement gap in public schools? A school diversity panel in New York City has come up with an answer: eliminate screenings in schools. But the plan aiming to address racial inequality is facing backlash from some, who say targeting high-performing schools is not addressing the root problem.

One tracking program that the panel calls to eliminate is The Gifted and Talented program (G&T), which admits kindergarteners through a test.

According to the report, the G&T platform emerged last century as “a competition-driven response to the threat of a highly educated Soviet population.”

Its national popularity grew after 1983 when President Ronald Reagan’s administration sounded an alarm over the American student’s declining standardized test scores and their relatively low literacy levels and academic performance when compared with students of other industrialized nations.

However, African-American and Hispanic students make up 70% of the city’s kindergarteners.

The report said the goal is that “In 10 years, every school should be representative of the city as a whole.”

Max Eden, an education expert from the Manhattan Institute, said that although current standardized tests used to select students do need reform, the education policy trend in New York reflects a deeper problem.

“So the integration argument is not really what’s at work here. What’s at work is this kind of identity politics logic that all disparities must be a product of discrimination,” Eden told NTD.

“That doesn’t just say that we should just close the achievement gap by lifting people from the bottom up, but also it’s unfair the people are doing well, so we have to tear them down too,” he said.

The diversity panel is appointed by the city’s Mayor Bill de Blasio (D), who sees desegregating public schools as a priority.

The mayor has not yet officially decided to adopt the plan but said he will after assessing it.

Eden points to staff training material by the city’s Department of Education.

“In that slide, you can find white supremacy as perfectionism, sense of urgency, worship of the written word, objectivity…” he said, “There is this ideology that equates the constituent component for excellence and for human performance, students achievement, as being effectively white supremacy.”

However, he said the Asian students have become an uncomfortable point for such a narrative since many of them come from low-income immigrant families.

“Because it is not a product of white supremacy that Asian students are performing very well in these tests or in college admissions,” he said, “That’s entirely a product of their respect of the written word, their diligence, their objectivity, their sense of urgency. All of the things that contribute to being successful in school and in life.”

He said the hostility to such values is hurting everyone. “Asian students, white students, black and brown students, the ones that do that are being torn down or looked askance against by this ideology that is fundamentally leveling,” he said.

“I don’t think it’s proper to define disparities by groups as being a problem by itself.  I think that what you want is a system that values individual excellence, that treats students as individuals,” he said.

He said the plan may achieve the opposite effect it’s aiming for.

Regarding children from a more privileged background, “their parents have the money to send them to private school and they will. They will move to the suburbs, they will spend the extra 30 thousand dollars a year to put their kids in private schools.”

“Immigrant communities of parents who are trying to instill values of hard work and academic achievement and excellence will be in a really tough spot,” he said.

The teachers’ union also raised concerns for the plan. Michael Mulgrew, head of the United Federation of Teachers, said that to integrate schools and improve education quality, the city should expand the gifted programs, not eliminate them.

“Every community has children who could thrive in a gifted and talented program, and it is our responsibility to help our children reach their full potential,” Mulgrew said in a statement.

However, the United Federation of Teachers suggests the city should find an alternative to the current admissions test for young children, which are “unreliable and developmentally inappropriate.”