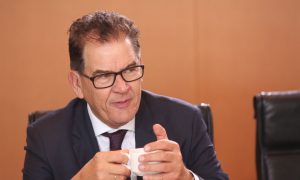 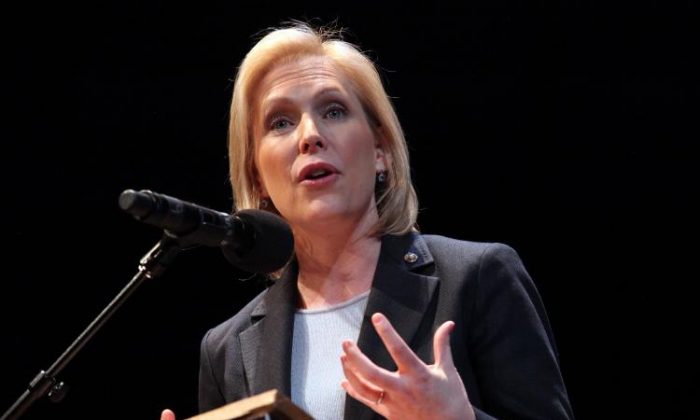 BOONE, Iowa—U.S. Senator Kirsten Gillibrand made her maiden voyage to the critical primary state of Iowa over the weekend, laying out her case that she is the best Democrat to challenge President Donald Trump in the U.S. presidential election in 2020.

In a series of intimate meetings, Gillibrand focused her message on economic issues, while also delivering a fiery denunciation of Trump.

Gillibrand, from New York, joins a small field of Democratic contenders that is expected to expand by over a dozen more, all vying for the party’s nomination and the right to challenge Trump, if he is the Republican’s 2020 nominee.

Criticized in the past by party left-wingers as too moderate, Gillibrand repeatedly emphasized her support for a “Medicare for all” proposal to create a national health care system.

“When I said we need to dismantle ICE and rebuild them, I’m very serious,” she said, referring to U.S. Immigration and Customs Enforcement. Gillibrand has joined liberals in calling for a revamping of the immigration enforcement agency.

Iowa voters, predominantly white and divided between rural and urban areas, have historically kicked off a months-long series of state-by-state contests to pick a nominee for president.

Gillibrand, who had never previously visited the state of Iowa, drew crowds in rural and urban areas. Some locals attributed the turnout to pent-up frustration among Democrats eager to begin the process of trying to replace Trump. Few vowed support for Gillibrand at this early stage.

In the small town of Boone, she held a meeting on Jan. 19 that drew about 25 locals who braved the snow. Penny Vossler, 62, of Boone, hasn’t decided who she will support but attended to hear what Gillibrand said about issues like health care.

“I’m going to give them all a shot,” Vossler said.

Gillibrand acknowledged she enters the race as a virtual unknown in Iowa. She barely registered in a December Des Moines Register/CNN poll of likely 2020 Iowa Democratic caucus-goers, which put well-known potential candidates like former Vice President Joe Biden and Senator Bernie Sanders at the top.

At a “house party” in Sioux City, one voter asked her to explain her role in helping oust former Senator Al Franken from the Senate. Franken resigned from the Senate in 2017 in the wake of the #MeToo movement after being accused of harassing women.

Gillibrand was the most vocal of his colleagues to criticize him, which prompted blowback from other liberals who felt she had rushed to judgment.

“It wasn’t possible for me to remain silent, because what my silence meant was defending him, carrying his water, which I was unwilling to do,” Gillibrand said.

By Ginger Gibson. From Reuters.