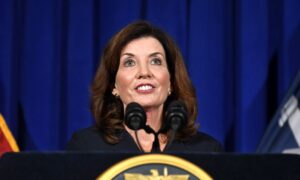 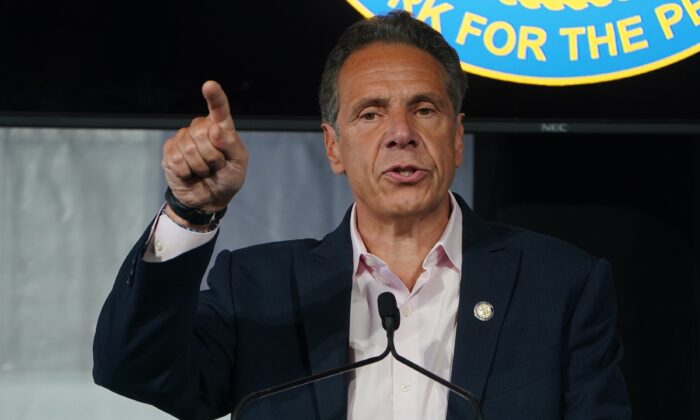 Health care workers in New York must get vaccinated against the virus that causes COVID-19, Gov. Andrew Cuomo announced Monday.

Cuomo, a Democrat who is set to step down soon, said workers must be vaccinated by Sept. 17.

“When COVID ambushed New York last year, New Yorkers acted, while the Federal Government denied the problem,” Cuomo said in a statement. “Now, the Delta variant is spreading across the nation and across New York—new daily positives are up over 1,000 percent over the last six weeks, and over 80 percent of recent positives in New York State are linked to the Delta variant. We must now act again to stop the spread.”

COVID-19 is the disease caused by the CCP (Chinese Communist Party) virus, also known as SARS-CoV-2 or the coronavirus.

Most health care workers in the state are already vaccinated, but officials believe the mandate will quickly raise the uptake rates.

“This mandate will both help close the vaccination gap and reduce the spread of the Delta variant,” Dr. Howard Zucker, New York’s health commissioner, said.

It’s not clear what penalties workers could face for not getting a vaccine.

Asked for details of the order, a New York State Department of Health spokesperson told The Epoch Times via email, “We are working to finalize the details and more information will be forthcoming.”

Cuomo announced his resignation last week but decided to stay in office for 14 days. Lt. Gov. Kathy Hochul, a Democrat poised to replace Cuomo, was informed of the vaccine mandate.

“The hospital community’s brave, dedicated workers have achieved impressive vaccination results, but it remains less than 100 percent,” he added. “New York’s mandate will help ensure that hospitals and other health care providers can deliver the best care for patients while keeping their workers and communities safe.”

Joseph Sellers, president of the Medical Society of the State of New York (MSSNY), told The Epoch Times in an email that the group supports the mandate.

“Experts on our Infectious Diseases and Emergency Preparedness Committee, among others, recently made a similar recommendation for physicians and other healthcare workers. MSSNY supports science and stands ready to assist the State in this effort,” he said.

The New York State Nurses Association, though, said that while hospitals are dealing with a spike in patients, new mandates should “not contribute to already problematic staffing shortages.”

The group, which represents more than 42,000 registered nurses, also expressed hope that drug regulators will have approved COVID-19 vaccines before the mandate takes effect.

Only three COVID-19 vaccines are authorized for emergency use in the United States. None have the approval of the Food and Drug Administration. Approval has a higher bar for evidence than emergency authorization.

Officials have said approval for the Pfizer vaccine could come as early as this month.

Other states previously ordered health care workers to get a COVID-19 vaccine, including California and Washington state.

Mandates have been challenged on the local and state level, but thus far courts have said they’re legal. Mandates typically allow workers to opt out for religious or medical reasons, though those seeking exceptions often need approval from supervisors.