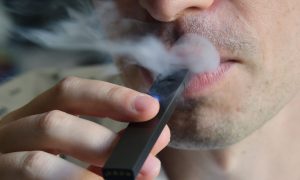 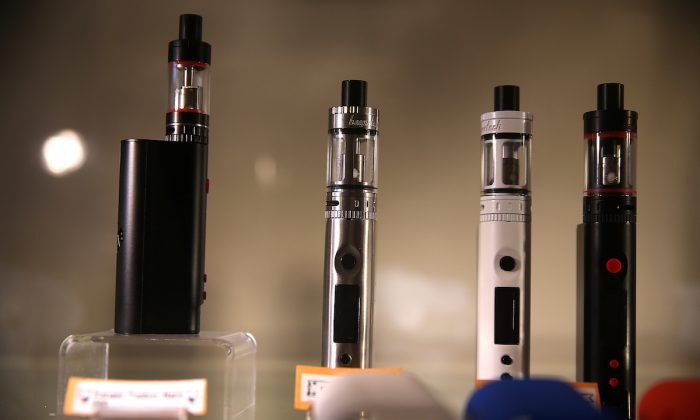 NEW YORK—New York Governor Andrew Cuomo on Sunday, Sept. 15, announced a ban on all flavored e-cigarettes besides tobacco and menthol in response to a recent nationwide spate of sometimes deadly lung illnesses that health officials have linked to vaping.

Cuomo said vaping was dangerous and that he was concerned fruit- and candy-flavored e-cigarettes were leading young people to get hooked on nicotine.

“These are obviously targeted to young people and highly effective at targeting young people,” the Democratic governor said at a news conference in Manhattan.

Nearly 400 people around the country have been stricken with a lung illness that is potentially vaping-related, according to the Centers for Disease Control and Prevention. Six have died.

Investigators are still trying to understand what causes the illnesses. Meanwhile, health officials have warned people against buying vaping products on the street or using marijuana-derived oil. They have said people should avoid inhaling vitamin E acetate, an ingredient found in some vaping products.

In New York, the state’s health commissioner, Howard Zucker, will formally ban flavored e-cigarettes besides tobacco and menthol during an emergency meeting of the state’s Public Health and Health Planning Council this week, Cuomo said.

Under state law, the council can vote to issue or amend certain regulations affecting public health.

New York would be only the second state in the nation to introduce such a ban. Michigan did so earlier this month. On Wednesday, the Trump administration announced plans to remove all flavored e-cigarettes from store shelves.

Sales of e-cigarettes are banned in New York to people under 18 years old, an age that will rise to 21 in November. Cuomo said he has told state police to increase enforcement against sales to underage people.