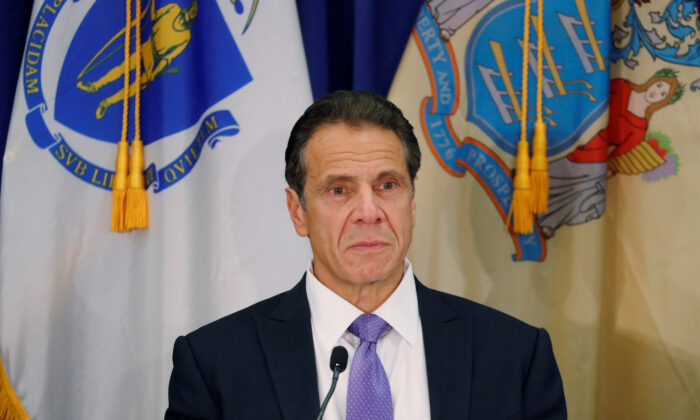 Cuomo said in a March 1 statement that a woman in her 30s contracted coronavirus during a recent trip to Iran and was under quarantine in her home. He didn’t say where the woman lived.

“The patient has respiratory symptoms, but is not in serious condition and has been in a controlled situation since arriving in New York,” Cuomo said.

“The positive test was confirmed by New York’s Wadsworth Lab in Albany, underscoring the importance of the ability for our state to ensure efficient and rapid turnaround, and is exactly why I advocated for the approval from Vice President Pence that New York was granted just yesterday.

“There is no cause for surprise—this was expected. As I said from the beginning, it was a matter of when, not if, there would be a positive case of novel coronavirus in New York,” Cuomo said.

“There is no reason for undue anxiety—the general risk remains low in New York. We are diligently managing this situation and will continue to provide information as it becomes available.”

At the federal level, President Donald Trump’s administration tried March 1 to reassure Americans as the disease spreads and businesses cancel conferences and flights.

Washington state officials on Feb. 29 announced the death of the first American from coronavirus, indicating that the patient was a man in his 50s with underlying health issues. Officials say they haven’t determined how he contracted the disease.

That state on March 1 confirmed two other cases and locked down a long-term care facility where a resident and a worker also tested positive for coronavirus and 50 residents and staff are showing symptoms.

Over 70 cases have been reported in the United States, with most on the West Coast but including new cases in the Chicago area and Rhode Island, aside from New York.