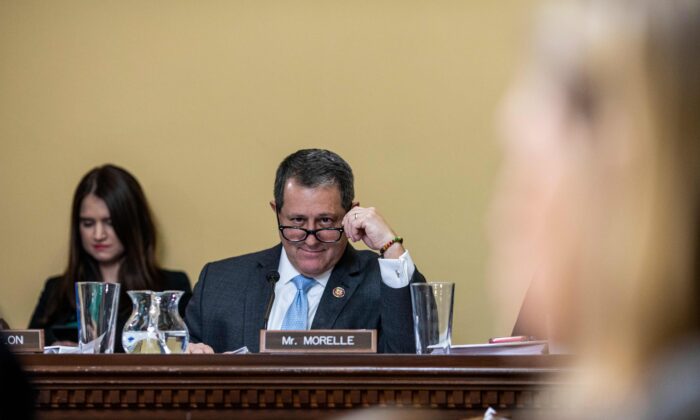 New York Rep. Joe Morelle (D-N.Y.) announced on Sept. 12 that he has tested positive for COVID-19, the illness caused by the CCP (Chinese Communist Party) virus.

In a statement, the Democrat said he has been experiencing mild symptoms of the disease and stressed that having the vaccination against the virus prevented him from having a severe infection.

“After experiencing mild symptoms, I have tested positive for COVID-19. I have followed all guidance from the Center for Disease Control & my physician and will remain isolated until it is safe to resume official duties,” Morelle wrote on Twitter. “Thankfully, I’m fully vaccinated so my symptoms remain mild.”

He urged others to get vaccinated.

“I urge everyone to get the COVID-19 vaccine to protect themselves —and our community— from the severe impacts this disease can have. Had I not been vaccinated, my experience could have been much different,” the congressman added in a separate tweet, along with a link to help his followers find vaccine centers near them.

Morelle’s announcement comes shortly after President Joe Biden issued sweeping new federal vaccine requirements that could affect as many as 100 million Americans and which the administration hopes will curb the surging Delta variant.

Last week, Biden signed a new executive order mandating that federal workers get a COVID-19 vaccine and removed the option for workers and contractors to choose not to get vaccinated.

Federal workers will have approximately 75 days to become fully vaccinated and those who fail comply could face progressive disciplinary action. There will be “limited exceptions for legally recognized reasons such as disability or religious objections,” White House press secretary Jen Psaki said.

Also last week, Biden announced that he will direct the Department of Labor to develop a rule that will require companies with more than 100 employees to mandate vaccinations or once-per-week testing for their workers, potentially affecting tens of millions of U.S. private-sector employees and health care workers.

The new orders face heavy criticism from opponents, including the Republican National Committee (RNC), who last week said they plan to sue Biden’s administration over the vaccine and testing mandate.

In a press release, RNC Chairwoman Ronna McDaniel called the mandates “unconstitutional” and “authoritarian” but noted that she is pro-vaccine.

“Joe Biden told Americans when he was elected that he would not impose vaccine mandates. He lied. Now small businesses, workers, and families across the country will pay the price. Like many Americans, I am pro-vaccine and anti-mandate,” McDaniel wrote.

“Many small businesses and workers do not have the money or legal resources to fight Biden’s unconstitutional actions and authoritarian decrees, but when his decree goes into effect, the RNC will sue the administration to protect Americans and their liberties,” she said.