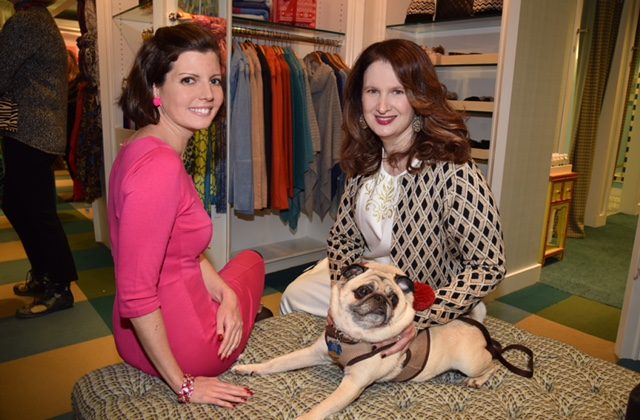 New York Philanthropy and the Season for Giving

As the holiday season kicks off with Thanksgiving, there are so many opportunities to let us give back, starting with the Tuesday after the holiday.

For the past four years since its implementation in 2012, the Tuesday following Thanksgiving has been known as #GivingTuesday, a day celebrated all across the nation to encourage people to help others and support so many causes through philanthropy. Giving Tuesday is the annual kick-off for the charity season at the time of the holidays. Philanthropic events occur every day in New York, but Giving Tuesday was significant and widely celebrated this year in our epicenter and the truest capital of philanthropy.

For Giving Tuesday, I chose to support the wonderful work Jacqueline Wolfson does with the Shule Foundation to help the more than 400 children living in Kisenyi Slum, one of the largest slums in Kampala, Uganda. These children who live in the streets are some of the most marginalised of the world, eating from garbage bins and sniffing glue with no access to education and, very often, no parents to help them. The foundation helps build schools, and for the second year will host a holiday party to bring cheer and joy to these children too often forgotten.

In the evening of Giving Tuesday, I was invited to an event at J. McLaughlin hosted by Alison Minton, a contributor to the New York Social Diary; and Guy Emile Harley to benefit the Animal Medical Center. Kevin and Barbara McLaughlin themselves were there, along with Nicole DiCocco, Adele Nino, Penny Grant, Kathleen Giordano, Karen Klopp, Victoria Hale, Alan Behr, Valerie Lettan, Roy Kean to name just a few were attending and the event was captured by Society photographer Annie Watt.

But in New York, really, #NYGivesDay is every day. There are so many philanthropic organizations in New York and the culture of giving and fundraising is part of its DNA.

Recently, the Samuel Waxman Cancer Research Foundation hosted its 19th annual benefit dinner on the occasion of its 40th anniversary on 10 November. The SWCRF Vince Camuto Memorial Cancer Research Program was introduced in honor of Mr. Camuto, who passed away last year from prostate cancer and Louise Camuto, Chief Creative Officer of the Camuto Group accepted the honor in memory of her late husband. After an auction  led by Hugh Hildesley, Executive Vice President of Sotheby’s Auction House, guests were treated to a concert by Roger Daltrey from the Who.

On Nov. 15, Anderson Cooper was awarded at the Hope for Depression Research Foundation presided by Audrey Gruss at their 10th annual Hope Luncheon Seminar in honor of his late brother.

On Giving Tuesday night, the 12th annual UNICEF Snowflake Ball was hosted by Caryl Mignon Stern, President of the US Fund for UNICEF. The highlight of the evening was the presence of  Hillary Clinton who presented an award to Katy Perry.

On Dec. 10, the Prostate Cancer Foundation held an intimate dinner at Daniel with musical performances of Bernadette Peters and Matthew Morrison. Hosted by Mike and Lori Milken, Marie Bernstein and Larry Leeds got awarded with trophies as the 2016 winners of the Charles Evans PCF Pro-Am Tennis Tour. Attendees also included David and Julia Koch, Bonnie Pfeifer Evans, Cynthia Ott and others, and live auctions raised more than $5 M to benefit directly the Foundation and its work.

So many philanthropic organizations are in New York, so many events and people involved in these charitable activities. In the coming months, we will highlight some of these beautiful Organizations that improve the life of so many. We will interview some of the key players who run these Foundations and some of the philanthropists who contribute to them. We will also keep you abreast of major events on the New York social scene.

Giving Tuesday may be over, but the culture of giving keeps going and is stronger than ever,  at the very heart of New York and its people. Giving takes shape in so many forms: acts of kindness, a simple smile, volunteering, giving of our time, giving donations when possible, sharing information through social media and/or media; everybody can play a role. There is a quote of mother Teresa’s that tells it all: “It’s not how much we give but how much love we put into giving.”

Happy giving and happy holidays to all!

Sibylle Eschapasse is originally from Paris and now lives in New York. She contributes to various publications in addition to be working for the United Nations. Sibylle is also the author of a children’s book, “Argy Boy, A New York Dog Tale.”She may be reached at sibylle.eschapasse@gmail.com