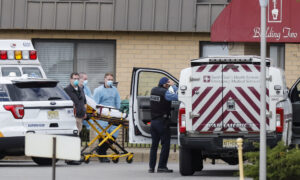 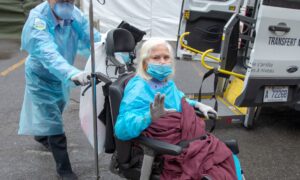 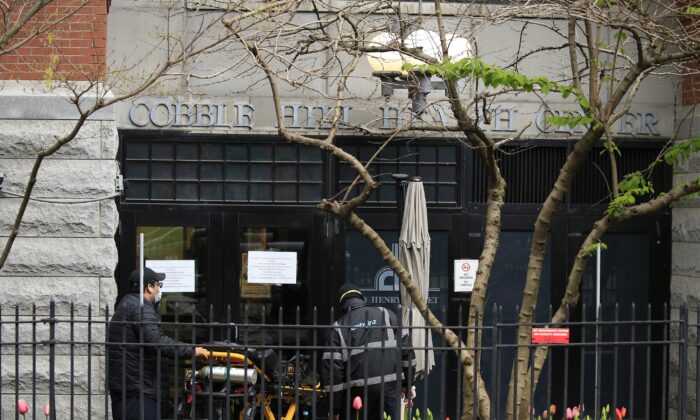 “We’re just not going to send a person who is positive to a nursing home after a hospital visit, period,” Cuomo said at a press conference on May 10.

That directive stated that nursing home operators couldn’t refuse to accept residents even if they tested positive for COVID-19, drawing widespread criticism from advocacy groups, relatives, and officials.

“No resident shall be denied readmission or admission to a nursing home solely based on a confirmed or suspected diagnosis of COVID-19,” the order says.

If hospital staff determined residents were medically stable, nursing homes were prohibited from requiring that the patient be tested for COVID-19 prior to admission or readmission.

The Society for Post-Acute and Long-Term Care Medicine said admitting such patients “represents a clear and present danger to all of the residents of a nursing home.”

“There will be more hospitalizations for nursing home residents who need ventilator care and ultimately, a higher number of deaths.”

Nursing homes in New York have since reported thousands of deaths believed to be caused by COVID-19, a disease caused by the CCP (Chinese Communist Party) virus. The disease primarily affects older adults and people with underlying health conditions.

State officials have insisted in recent days that nursing home operators could refuse to take COVID-19 patients by telling health officials they weren’t properly equipped to care for them.

The directive itself contained no qualifications on accepting residents back from hospitals. Health Commissioner Howard Zucker said in a letter (pdf) sent more than a month later that operators could contact his department if they couldn’t find a place for residents with COVID-19.

Cuomo’s new order forces hospitals to keep elderly COVID-19 patients until a negative test is confirmed or move them to another state-run facility that isn’t a nursing home.

“This puts the obligation on hospitals, which is saying a hospital cannot release a COVID-positive patient into a nursing home facility until they test negative,” said Melissa DeRosa, Cuomo’s secretary.

But it doesn’t reverse the entire March directive. Instead, that directive and the new executive order will co-exist, DeRosa said.

Cuomo imagined a scenario where an adult seeks to refer their mother, who tests positive for COVID-19, to a nursing home. The operator of the home can’t refuse to take the person on the basis of the diagnosis alone because that would be discrimination, he and state officials claimed.

But the operator can refuse to accept the person if they can’t properly care for them. Proper care would include having an isolation area specifically for COVID-19 patients, adequate personal protective equipment, and employees trained in how to care for the patients.

Asked why he didn’t issue his executive order reversing part of the directive sooner, Cuomo said: “I don’t know the March 25 [order].”

The governor also rejected the notion that the order requiring nursing homes take COVID-positive patients was flawed. He said New York is 34th among states in terms of the percentage of COVID-linked deaths in nursing homes.

“Whatever we’re doing has worked, on the facts,” he said.

The press briefing took place amid calls for an independent probe into how Cuomo’s administration handled the matter. The New York Post editorial board said Cuomo “is disingenuous at best when he claims homes need merely tell the Health Department if they can’t handle coronavirus patients.”

The board pointed to an email sent by Cobble Hill Health Center CEO Donny Tuchman to health officials, telling them the facility wasn’t able to care for COVID-19 patients and asking for them to be sent elsewhere, including the converted hospital inside the Javits Center.

“I was told those facilities were only for hospitals” to send their overflow patients, Tuchman told the paper.

Other large states issued similar policies, including New Jersey, Connecticut, Pennsylvania, Michigan, and California, even after warnings from elder care experts. Officials at fewer than 10 percent of nursing homes said they have the ability to care for incoming COVID-19 patients, according to a survey.

“Residents with COVID-19 that require hospitalization can and should be discharged back to the facility of residence once they are clinically stable regardless of whether COVID-19 testing is still positive or not,” an order from Michigan’s Department of Health stated (pdf).

Pennsylvania’s order states (pdf) that facilities “must continue to accept new admissions and receive readmissions for current residents who have been discharged from the hospital who are stable to alleviate the increasing burden in the acute care settings.”

“This may include stable patients who have had the COVID-19 virus,” it added.

California’s Department of Health said skilled nursing homes “shall not refuse to admit or readmit a resident based on their status as a suspected or confirmed COVID-19 case.”

The directive was “nothing less than a death sentence for countless residents,” Patricia McGinnis, executive director of California Advocates for Nursing Home Reform, told the Los Angeles Times.

That order and one in Massachusetts was softened after backlash from doctors and elder advocates. It now states that nursing homes “can be expected” to readmit residents, depending on certain conditions.

Nationwide, more than half of the deaths in the United States linked to COVID-19 come from nursing homes, according to state-by-state data compiled by columnist Phil Kerpen, including 4 out of 5 deaths in Minnesota. Percentages were nearly as high in New Hampshire and Rhode Island.

While some states require that nursing homes accept patients back, others blocked entry to people testing positive for the disease.

The move was made “to aggressively address COVID-19” and recognize the shortage of masks, gloves, and other equipment in nursing homes, Russo said.