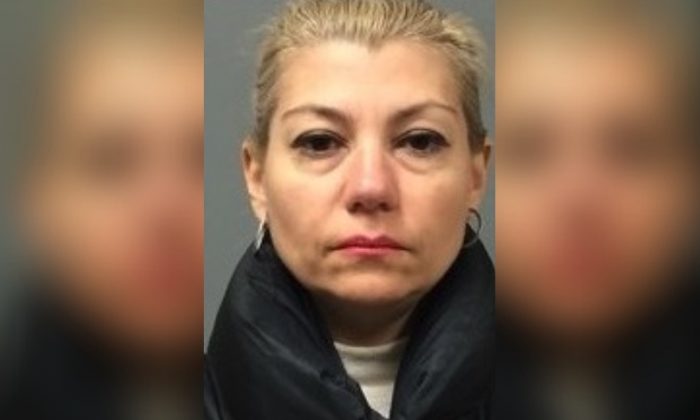 A New York lawyer who was previously accused of participating in a $5 million corporate tax evasion scheme has now been found guilty on charges of asylum fraud.

Andreea Dumitru Parcalaboiu, who was charged with a range of crimes in association with her job as an immigration attorney, was found guilty on Nov. 19 of asylum fraud, making false statements to immigration authorities, and aggravated identity theft.

Geoffrey S. Berman, the U.S. Attorney for the Southern District of New York, said in a statement, “Andreea Dumitru, an immigration attorney, scammed the asylum program, which was designed to provide safe harbor for the world’s most vulnerable people. She will now serve time in prison for her crimes.”

Berman said that between 2013 and 2017, Dumitru submitted more than 180 fraudulent I-589 forms (Application for Asylum and for Withholding of Removal) in which she knowingly made false statements about the applicants’ travel histories, criminal histories, and personal narratives of alleged persecution.

He added that Dumitru deliberately forged her clients’ signatures, falsely notarized affidavits, and fabricated detailed personal stories of purported mistreatment of her clients.

An Immigration and Customs Enforcement agent said the woman’s actions were harmful also because they obstructed timely processing of claims by legitimate asylum-seekers.

“Dumitru is alleged to have used her trusted position to defraud the government, submitting fraudulent documents to claim asylum,” said Homeland Security Investigations Special Agent-in-Charge Angel M. Melendez, according to a QNS report. “Her alleged actions took up time and resources while those with valid asylum claims waited in line. Now, Dumitru will enter a courtroom as a defendant to face the consequences for her alleged actions.”

United States District Judge Lewis A. Kaplan presided over the defendant’s two-week trial at a federal court in Manhattan.

No sentencing date has been announced.

According to a QNS report, Dumitru served as chief financial officer of Taxiclub Management Inc., a company with a fleet of more than 800 medallion taxi cabs with locations in Manhattan, Brooklyn, Woodside, and Long Island City.

In 2017, she and business partner Evgeny Friedman were both charged with four counts of first-degree criminal tax fraud and one count of first-degree grand larceny for failing to pay $5 million worth of 50-cent Metropolitan Transportation Authority (MTA) surcharges for each ride.

Dumitru’s attorney, Kurt Haas, argued in court papers reported on by the Times Union that Friedman misled and victimized her.

“Ms. Dumitru was in many ways victimized by co-defendant Friedman,” Haas stated, according to the report. He wrote that Dumitru was “kept in the dark with respect to the vast majority of codefendant Freidman’s business dealings and was without knowledge of his alleged criminality.”

Dumitri is the owner of Andreea Dumitru & Associates, a law firm with an office in Queens, New York.