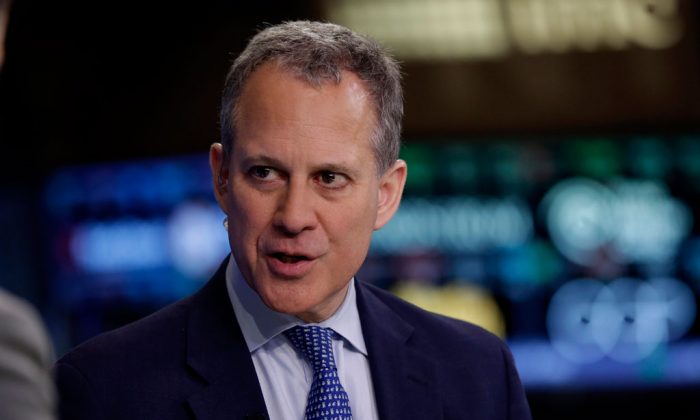 New York State Attorney General Eric Schneiderman in Manhattan, New York, on Aug. 21, 2014. Deductibles and co-payments will be flat but premiums will rise about 4.5 percent for individuals and families during the second year of New York's health exchange, according to state officials. (AP Photo/Richard Drew)
New York

ALBANY, N.Y.—Deductibles and co-payments will be flat but premiums will rise about 4.5 percent for individuals and families during the second year of New York’s health exchange, according to state officials.

Meanwhile, a nonprofit group’s survey showed general satisfaction among those who got insurance the first year, though nearly one-fourth reported some difficulty getting accepted by doctors as a new patient.

For next year, 16 insurers are offering individual plans, while nine will have coverage for businesses with 50 or fewer workers. Open enrollment begins Saturday.

Even with the rate increase, rates overall are still about 50 percent lower than they were before the exchange opened because the influx of new enrollees created a larger customer pool, according to the state Department of Financial Services.

New York’s exchange was established under the Affordable Care Act, the federal law intended to expand coverage nationally to millions of uninsured. It provides tax credits to subsidize costs for lower-income people who don’t have access to coverage on the job.

Exchange Executive Director Donna Frescatore said the organization launched a Spanish-language version of the exchange on Wednesday. She noted the survey showed more than 90 percent of those enrolled felt new peace of mind and that they could get health care when needed.

Monthly premiums for next year range from $131 for MVP Health’s catastrophic coverage in the Rochester area for individuals to $1,207 for Oxford-OHP’s platinum plan in New York City, the Hudson Valley, and Long Island.

For couples, premiums are double; for single parents and children, 1.7 times higher; and for families, 2.85 times more.

The exchange enrolled 370,604 people with commercial and nonprofit insurers this year, 525,283 in Medicaid, and 64,875 in the state’s Child Health Plus coverage for families with moderate incomes, the Health Department reported.

The online exchange where uninsured New Yorkers can shop has operated smoothly after initial computer capacity problems were resolved within days, officials said.

The time to load a page on the website now averages 2.5 seconds, department spokesman Jeffrey Hammond said. The site has been updated to include a tax credit calculator, he said.

Insurance regulators said 2015 premiums average 4.5 percent higher for the individual market and 6.7 percent higher for small businesses, both less than half what the insurers requested. Rates were approved in September. The finance department attributed increases partly to a smaller federal reinsurance program.

One insurer, American Progressive, is dropping out, while Wellcare is joining the individual exchange. In the small business exchange Oxford Health Plan is leaving and EmblemHealth is joining. Six insurers are expanding their offered coverages.

The Harris Poll, on behalf of the New York State Health Foundation, last month surveyed 250 New Yorkers 18 to 64 who got private insurance or Medicaid through the exchange. It showed 84 percent used it to get medical care and 89 percent said the new coverage made that easier. Three-quarters tried to schedule a doctor’s appointment, and 23 percent said it was very or somewhat difficult to find an office or clinic that would take them as a new patient.