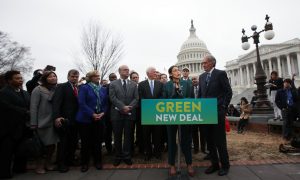 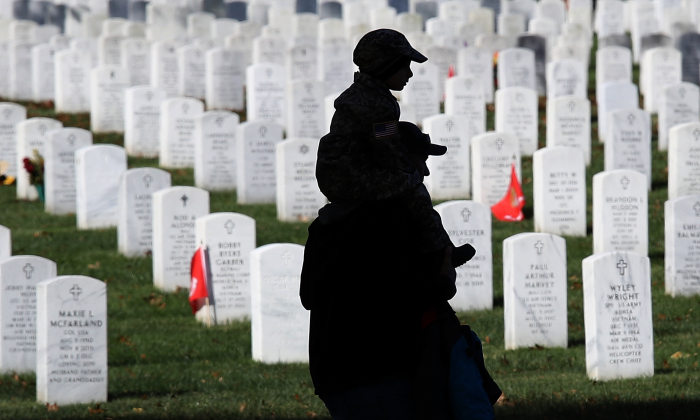 Democratic state lawmakers in New York on April 9 blocked a bill that would expand college tuition aid for children of deceased and disabled veterans, but voted to pass a state budget that included tuition aid for illegal aliens.

The New York State Assembly’s Higher Education committee voted 15-11 to shelve the bill for veterans’ children, effectively killing it. Days earlier, the Democratic-controlled Assembly passed a budget that included $27 million in funds for the DREAM Act which funds tuition for illegal aliens.

Higher Education Committee Chair Deborah Glick, a Democrat, argued that expanding aid to children of deceased veterans was not within the state budget and pointed out that $2.5 million in funds is already allocated for dependents of veterans who served in combat zones, according to The New York Post.

“Assemblywoman Glick should be ashamed of herself,” State Sen. Robert Ortt, a Republican, told the Post. “We set aside $27 million dollars for college for people that are here illegally.”

“Apparently, $2.7 million is all that the families of soldiers who are killed get. If you’re a child of a fallen soldier, you do not rank as high and you know that by the money,” Ortt added.

The bipartisan bill would have provided “free tuition expenses for SUNY or CUNY to surviving dependent family members of New York state military personnel who have died while performing official military duties,” according to the language in the legislation. SUNY and CUNY are the state- and city-level public universities in New York.

“It’s disgraceful,” Republican Assemblyman Gary Finch told The Post-Standard. “Soldiers who lay down their lives and make the ultimate sacrifice represent the best of us. The children they love so dearly deserve access to the opportunity and promise that is the hallmark of this country. I can’t imagine what’s in your heart when you vote ‘no’ on a bill like this.”

Asked about criticism from the Republicans, the speaker for the Assembly Democrats said: “It’s purely political and it’s unfortunate that they are using children as pawns.”

Glick opposed the bill because it would expand existing spending for children of military veterans by several hundred thousand dollars.

“We will make every effort to ensure going forward, we have some additional resources allocated to the program so that as an entitlement, it is not falling short of the needs of our military families,” Glick told the Post.

Glick called the criticism from Republicans a “cheap shot” in a Twitter message.

“The bill—though laudable—had a budgetary impact which the committee routinely doesn’t consider post-budget. We did promise to see funding in the future [that] considers potential additional eligible individuals. Cheap shot,” Glick wrote.

Four Democrats broke from the party line and voted for the bill, including Assemblywoman Judy Griffin, who said the bill should be prioritized next year.

“I voted for the bill because I think it’s important, especially after that FDNY firefighter was killed in Afghanistan, so heartbreaking,” Griffin told the Post.

“But I voted ‘yes,’ knowing the bill would be held because it was a tough budget year and as the chairwoman said, there just wasn’t the funding in the budget. But now we know for next year, [so] we will make it a priority and hopefully pass it.”