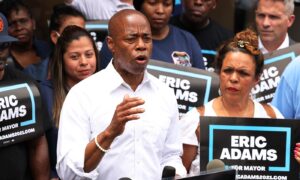 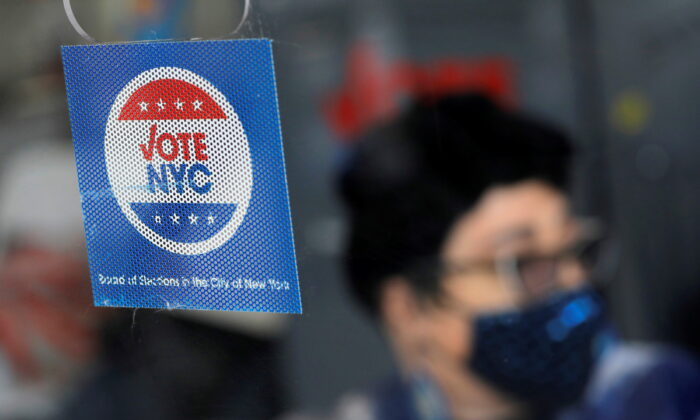 The New York City Board of Elections said on June 29 that 135,000 test ballots were accidentally included in a preliminary tally of votes cast in the city’s mayoral primary election, leading to the count being voided and drawing the ire of candidates.

New York’s first attempt at ranked-choice voting (RCV) descended into confusion after the elections board abruptly removed updated vote totals from its website hours after posting them, citing a “discrepancy” in the numbers.

“We are aware there is a discrepancy in the unofficial RCV round by round elimination report,” the board said in a statement, noting that it was working with technical staff to identify the discrepancy and asking “candidates to have patience.”

Later, the board posted another statement noting that it had inadvertently failed to remove sample ballots it had used to test its software.

“When the cast vote records were extracted for the first pull of RCV results, it included both test and election night results, producing approximately 135,000 additional records,” the board stated, apologizing for the error and vowing “to ensure the most accurate up to date results are reported.”

“The cast vote record will be re-generated and the RCV rounds will be re-tabulated,” the board stated.

New York’s primary election was held a week ago, when preliminary results showed Eric Adams, the Brooklyn borough president, with a 10-point lead. That preliminary advantage appeared to shrink to 2 points on June 29, when voters’ second, third, fourth, and fifth choices were factored in under the ranked-choice voting system being used for the first time in a mayoral contest.

But after the votes were released, reporters and campaign staffers noticed that there were around 135,000 more votes counted than had been reported on election night, with Adams releasing a statement calling on the Board of Elections “to explain such a massive increase,” which he said raised “serious questions.”

After the board acknowledged the mistake, Adams issued another statement calling the error “unfortunate” and saying that “it is critical that New Yorkers are confident in their electoral system.”

By the evening of June 29, the Board of Elections had taken down the vote totals and replaced them with a note stating that the results would be available on June 30.

The since-voided results appeared to show the race narrowing, with Kathryn Garcia, the city’s former sanitation chief who ran as a technocrat, moving up to a close second and Maya Wiley, a former MSNBC analyst and civil rights lawyer, falling from second to third.

Wiley, who finished second to Adams on election night in first-rank votes, bemoaned the board’s mistake.

“This error by the Board of Elections is not just failure to count votes properly today, it is the result of generations of failures that have gone unaddressed,” she said in a statement. “Sadly, it is impossible to be surprised.”

Garcia, too, expressed criticism in a statement, stating that the board’s release of incorrect ranked-choice vote tallies “is deeply troubling and requires a much more transparent and complete explanation.” She also said that all absentee and ranked-choice votes “must be counted accurately, so that all New Yorkers have faith in our democracy and our government.”

“Let me get this straight? You can be off by 135,000 votes in a New York City mayoral primary alone but if someone loses the White House by less than 45,000 across multiple states in a presidential election, you can’t have any questions,” Trump Jr. wrote in a Twitter post. “Seems legit … if you live in China.”

The final results of the mayoral primary are expected to be announced sometime in July.