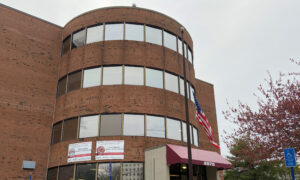 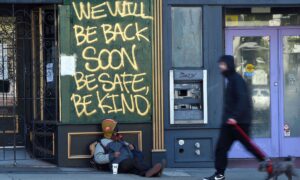 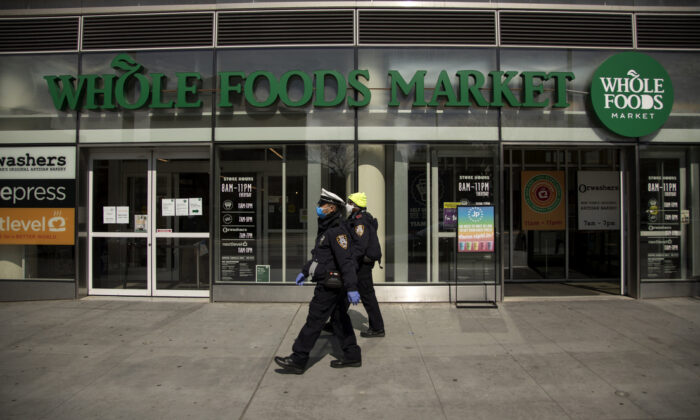 NEW YORK—As the NYPD reevaluates its policies on enforcing social distancing, the largest labor union representing officers calls for an outright end to such enforcement.

The New York City Police Benevolent Association (NYC PBA) has argued that vague and often mixed messages from city officials are tarnishing the image of officers as they attempt to enforce their mandates. It comes after a video surfaced online depicting an officer violently arresting a man who allegedly violated social distancing measures. The officer in question is currently under investigation.

“The point we’re trying to make is that the police officer is not the one who is creating these enforcement strategies,” he told The Epoch Times. “Those complaints should be addressed to the leadership of the police department in the city.”

If there is a need for enforcing and promoting social distancing guidelines, Nuthall suggested it shouldn’t be the job of police officers, whose primary focus should be on criminal activity.

“During this pandemic, you’re seeing tremendous strain on every aspect of our social fabric,” he said. “Now, if all the resources are being diverted to social distancing enforcement, we’re not going to be able to adequately execute our core public safety mission.”

More than 1,500 inmates have been released from New York jails since March 16, according to the New York Mayor’s Office of Criminal Justice.

The office said they’re prioritizing “the release of those over 50 years of age, and those with the underlying health conditions that put people at highest risk from COVID-19, including auto-immune, heart and lung diseases, diabetes, and cancer.”

Nuthall said the NYC PBA “clearly has a concern that the actions with regard to criminal justice, lack of support for police officers, core public safety initiatives are really going to have a damaging effect on the city.”

“We’re in the middle of a public health crisis, and nobody is disputing that,” he said. “There are probably other city employees who are better suited [for social distancing enforcement].”

NYC PBA President Patrick J. Lynch said in a statement on May 4 that city officials have given law enforcement “nothing but vague guidelines and mixed messages, leaving the cops on the street corners to fend for ourselves.”

“But now that the inevitable backlash has arrived, they are once again throwing us under the bus,” he said.

Lynch accused politicians of “watering down our laws, releasing real criminals, and discouraging proactive enforcement of fare evasion and quality of life issues.”

He noted that the subways are now “in chaos,” and nurses are “getting mugged on their way to our hospitals.”

The Epoch Times reached out to the NYPD for comment; a spokesperson referred to comments made by New York City Mayor Bill de Blasio at a May 5 presser.

“I want to caution that any time that officer asks someone to observe social distancing or put on a mask … the response should be to follow the instruction of the officer, and people have to understand that,” de Blasio said, adding that every incident is looked at carefully.

“I also want to remind people that what New Yorkers need to do is respect the NYPD as well, and respect the instructions, and certainly never, ever fight with an NYPD officer,” he said. “That is not acceptable.”

As businesses owners in the United States grapple with their livelihoods being ripped away with the shutdown of their businesses, Texas Gov. Greg Abbott announced on May 7 that he is adjusting the rules to ensure that business owners who violate lockdown measures aren’t jailed.

Restaurants and businesses deemed by officials to be “nonessential” across the country have been openly defying the measures as they grapple with their savings going down the drain.

A motion to release a salon owner in Dallas who was jailed for seven days for breaking orders was also granted by the Texas Supreme Court on May 7, according to The Texas Tribune.

“Throwing Texans in jail whose biz’s shut down through no fault of their own is wrong,” Abbott announced on Twitter. “I am eliminating jail for violating an order, retroactive to April 2, superseding local orders.

“Criminals shouldn’t be released to prevent COVID-19 just to put business owners in their place.”

Shelley Luther, the Dallas owner of Salon À la Mode, has received a massive outpouring of support, with a GoFundMe created for her raising more than $500,000 as of press time.