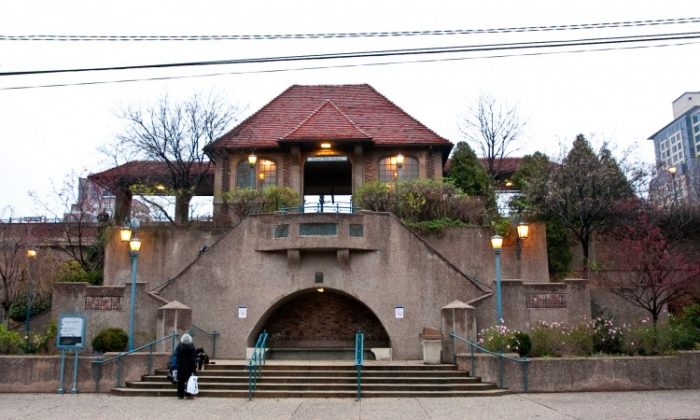 Stepping out of the Long Island Rail Road (LIRR) station in Forest Hills, Queens, is like stepping into a European square. The cobblestones and the Tudor-style structure recall medieval times.

Built in 1910, it cost $50,000 for two staircases, arches, and cobblestones. The square was completed in 1911, with a nine-story Bavarian tower. The Tudor-style emerged around 1500 in England and is characterized by the wooden framework, or timbering, on the upper half.

The style mimics medieval architecture, with the timbering that recalls the German fachwerk form.

Germans used to build their houses in blocks that could be disassembled and reassembled, a method known as fachwerk. The wooden beams had markings so that the frame could easily be put back in its proper arrangement with the brick blocks in between.

The electrified LIRR track that began operation in the area in 1911 brought Manhattan closer to Queens residents. They could commute in about 20 minutes for the first time. President Theodore Roosevelt made his famous speech in front of the station in 1917, calling for the unity of all Americans, whether immigrant or native-born.

The station is landmarked and resides in the only private community in Queens, where development is strictly regulated. A walkway leads from the station into what was once the Long Island Inn, now a co-op residence.